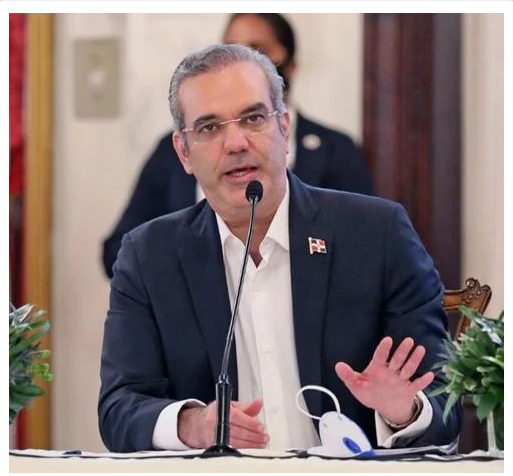 The President of the Republic, Luis Abinader, assured this Saturday that the only thing left to do is regularize the tourism sector for the Dominican economy to return to normal, indicating that the primary aspect of this is job creation.

“All this is employment, and we are working on that,” said the Head of State, adding that in order to produce more work, a set of cohesive actions must be carried out, all public policies, in such a way that it helps to develop the country.

Likewise, Abinader explained that actions are being facilitated to accelerate companies’ installation throughout the country to create more jobs.

In general terms, the president was optimistic about the Dominican economy, indicating that the Government has national and international economic agents with great confidence in the State’s financial measures.

” To such an extent that you are all witnesses that there is no longer pressure with the dollar rate, we have increased the monetary reserve of the Central Bank, and we have macroeconomic stability, mainly in the exchange rate,” he observed.

The president made the previous statements during a press conference held in Santiago, in the northern region of the country, where he has been fulfilling his presidential agenda since Friday.

Regarding the economic measures for this area’s benefit, the president stated that the State allocated five billion pesos at a zero rate for the agricultural sector. Since Santiago is surrounded by high agricultural production, it is logical that this helps employment.

Similarly, he said that Manzanillo’s port is being developed regionally to facilitate Santiago’s free zones.

Similarly, he asserted that the Manzanillo, Maguá, and Guayubín highway would reduce the access time from the Santiago Free Zone to Manzanillo’s port by about 35 minutes, which he also said would help create jobs in the region.

In another part of his statements, the president pointed out that the storm drainage problem is national and affects all the Dominican Republic cities because it has been built with a very low level of planning and adaptation.

He pointed out that when it rains a lot, the subsoil fills with water and cannot bear any more.

“It is a plan that must be completed, and we keep it in mind, but this Government has inherited centuries-old problems, and we have to prioritize in those cases,” he insisted.