Severe malnutrition rate in the Dominican Republic could increase from 1% to 7.4% 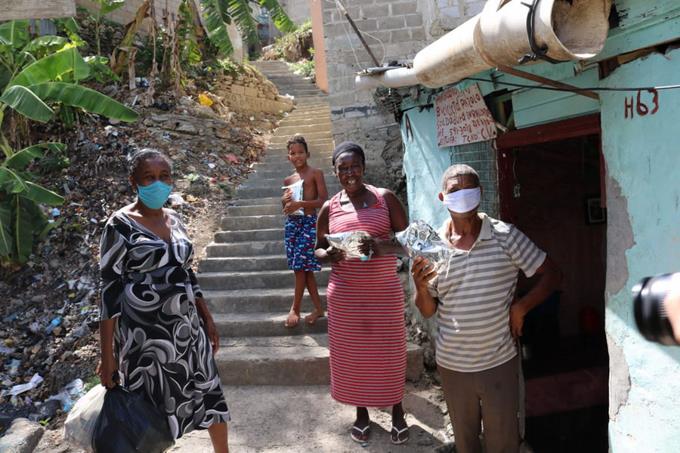 As a result of the economic crisis created by the expansion of COVID-19 and its effects on reducing family income, the rate of severe food malnutrition in the Dominican Republic could increase from 1% before the pandemic to 7.4% in 2021.

The country representative of the World Food Program (WFP) offered the data, Romain Sirois, during a visit to the director of Listín Diario, Miguel Franjul, after the entity was awarded the Nobel Peace Prize.

The WFP representative explained that before the incidence of COVID-19, the Dominican Republic had managed to reduce its severe food malnutrition rate to 1%, a very low rate.

He recognized that the country had achieved that the population assisted through the Progresando con Solidaridad Program (Prosoli) would lower its malnutrition levels by 50%. “In other words, the program has an impact, now because of the COVID-19 issue, things have changed because there are many people from the formal and informal sectors who have lost their income,” Sirois told the director of Listín Diario.

He added that in view of the new situation, the WFP has had to revise its budget, which previously had an allocation of US$11 million for the five years, and this year alone has had to increase the budget forecast by US$16 million more. He said that the WFP is implementing a five-year strategic plan in the country (2019-2023) agreed with the Dominican Government, which focuses mainly on the “Zero Hunger” objective, working on access issues to food and nutritional education.

To achieve “Zero Hunger” in the Dominican Republic, Sirois pointed to achieving access for all people, especially the most vulnerable, to safe, nutritious and sufficient food throughout the year.

At this point, he noted that the basic food basket costs an average of 2.5 times the minimum wage in the country (RD$15,000), so it is necessary to support families to achieve access to food that guarantees adequate nutrition.