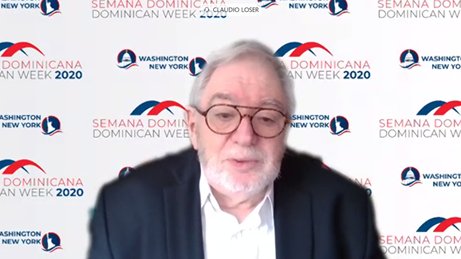 The current juncture where supply chains are being reconfigured has prompted an increase in companies’ present and future investment plans, given that 55% of new projects in the United States, Canada, and Europe have restarted the search for new markets, while 52% of executives are reportedly modifying their supply chains.

These figures were offered by the Chief of the Trade and Investment Division of the Inter-American Development Bank (IDB), who participated as a speaker on the topic “Challenges and Opportunities of Global Nearshoring,” which took place during the celebration of the 28th edition of Dominican Week in the United States.

Jaime Granados considered that the Dominican Republic has comparative advantages in various products exported by China but must concentrate on exports and investments in products and services of more excellent added value in promoting more significant linkages between small and medium enterprises free zones, as well as emphasizing the technological variable.

He revealed that there are multiple opportunities with the regionalization and reconfiguration of supply chains and the expansion and diversification of the value chain based on suppliers in the context, but there must be a decision to take advantage of them from a joint effort between the public and private sectors.

“Investment firms will determine the level of risk they want to assume, but they will seek to generate an adequate business environment where they invest and will analyze the public policies established in the country that interests them,” he said.

During his presentation, he reviewed the history of the global dynamics of international trade and value chains, where he noted that companies went from fragmenting their production of goods with offshoring and outsourcing to bringing them back to their countries of origin (re-shoring) or placing them in nearby markets (nearshoring).

The virtual event, which took place within the celebration of the 28th edition of Dominican Week in the United States, was moderated by Steven Puig. He stated that in the context imposed by the COVID-19, it is imperative and urgent to take advantage of Nearshoring opportunities to boost trade with the United States.

Before Jaime Granados’ presentation, Carlos Pared Vidal, Executive Director for the Dominican Republic at the IDB, referred to the support of that organization to promote an inclusive growth pattern that allows for a sustained reduction in poverty levels.

Regardless of which party wins the U.S. presidential election next November, U.S. foreign policy towards China will not undergo major changes. The experts who participated in the conference: “U.S. Foreign Policy: Trump vs. Biden,” which took place within the framework of the 28th edition of Dominican Week, agreed on this approach.

Michael Schiffer, president of the Inter-American Dialogue in Washington, assured in the virtual meeting that if Donald Trump wins the presidency, his foreign policy would remain focused on issues such as migration, drug trafficking and Venezuela; while he projects that Joe Biden would have more sensitivity towards the region, would handle himself with more diplomacy and would place more emphasis on climate change.

“If Trump is re-elected, there will be no different agenda. With Biden, things would change, and they would have a more diplomatic and cooperative approach, but he does agree that both will seek to lower China’s influence, albeit in different styles,” Schiffer said.

While Claudio Loser, director, and CEO of Centennial Group and former director of the International Monetary Fund for the Americas, said that the reconfiguration of the supply chain that has taken place after the conflict between the U.S. and China will have a positive impact on the region.

“The COVID has led to a change in the value chain that integrated the world. What has remained is that disruption was so strong that it would have a positive impact on the countries that have trade relations with the United States,” said Loser.

Before the end of the event, William Malamud, executive vice president of AMCHAMDR, indicated that the world is living through challenging times. It is necessary to maintain fiscal discipline and insisted on taking advantage of the opportunities derived from the reconfiguration of the supply chains.

The panel was composed of Michael Schiffer, president of the Inter-American Dialogue in Washington, Claudio Loser, director and CEO of Centennial Group and former director of the International Monetary Fund for the Americas, Juan Hidalgo, an expert in Public Policy and International Trade. It was moderated by Willie Lora, president and founder of Lora Media Consulting.

Dominican Week, an event that promotes the business climate and investments to impact the development and competitiveness between the Dominican Republic and the United States, is being held for the first time in an online format.