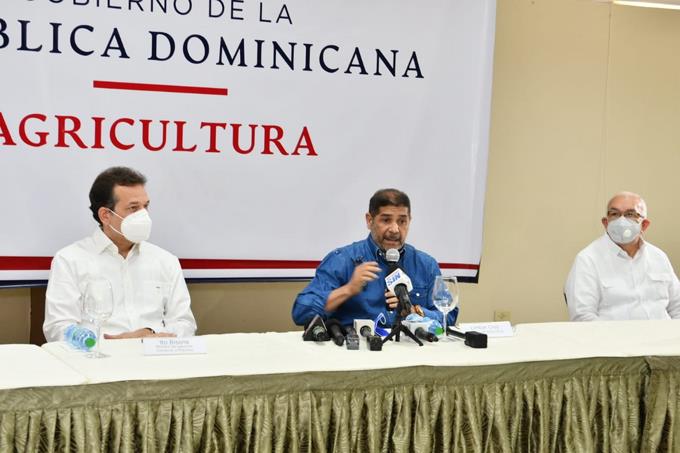 The Minister of Agriculture, Limber Cruz, affirmed that most of the problems this organization faces related to the rise in prices of the basic staples in the grocery basket are natural phenomena and “inheritance” of the lack of planning of the previous government.

Cruz assured that in the areas, if necessary, the increase in prices will be controlled through imports.

Likewise, the minister affirmed that food security is guaranteed.

“Our responsibility is to guarantee food security, and we are doing it,” he added.

The minister spoke at a press conference in which it was announced that the programs “Mobile Warehouses” will be doubled from this Friday to bring cheap products to the neighborhoods.

Ivan Hernandez, director of the Institute of Price Stabilization (Inespre), added that the “idea” is to bring products regularly to the Dominican population, focusing mainly on housewives.

“It is not fair that in the fields they are at one price and in the city at another with such a big difference,” responded Hernández to the rise in banana prices.

In addition to this, the director of Inespre added that “they will do whatever is necessary so that the population has the products at the price that it actually is.”

For his part, Fernando Durán, administrator of the Banco Agrícola, emphasized that the country must be aware that part of the situation experienced is caused by “neglect and the negligence in which the previous government handled itself since the beginning of the crisis due to the pandemic.

The Minister of Agriculture stressed that it is of utmost importance that people know that they have a contingency plan to deal with the situation.

“We are prepared so that there is no speculation,” he added.