Government pays 150 million to agricultural producers of the Northwest line 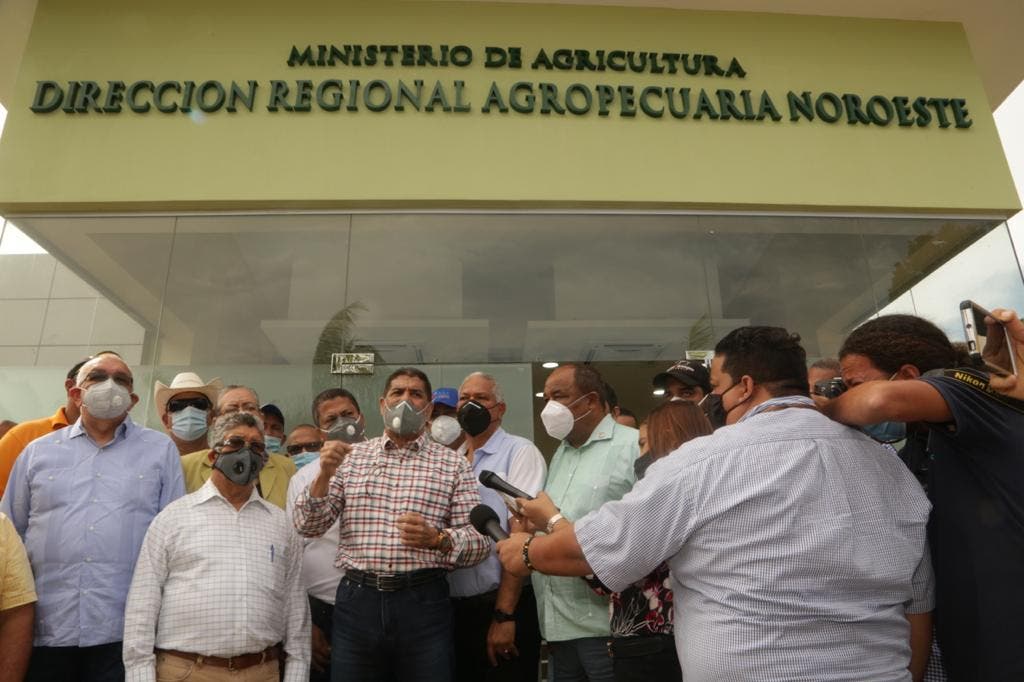 The government’s agricultural sector delivered Friday RD$150 million to producers in the province of Valverde, intending to support 50% of the cost of insurance to each producer who requires it, a commitment that President Luis Abinader is fulfilling.

The Minister of Agriculture, Limber Cruz, and the general administrator of the Banco Agricola, Fernando Duran, led a tour, until this Saturday, through four provinces of the Northwest Line, bringing solutions to the agricultural and livestock sector.

The payment, which benefits 800 producers, was made through the agricultural insurance company AGRODOSA for debt accumulated from 2018 until August this year.

Minister Cruz announced that the entire agricultural team would be in the areas of Valverde, Monte Cristi, Dajabón, and Santiago Rodríguez, bringing hope and the government’s helping hand.

He explained that they were working in compliance with the government’s seven development axes that include production, financing, infrastructure and water, commercialization, training, and sanitation and safety.

Among the services offered free of charge, he cited that the Ministry of Agriculture has prepared 40,000 tasks for crops in this region in the first 70 days of government, equivalent to 30 percent more than last year.

During the tour, in addition to the funds, the officials delivered 5,000 thousand silo bags, 20,000 bales, planting material such as seedlings and banana strains.

In addition to Valverde, the tour included visits to livestock and farmers in Dajabón and Monte Cristi, and this Saturday. The incumbents will visit the province of Santiago Rodríguez.

The administrator of the Banco Agricola said that the payments to producers will allow them to boost production and that they are in addition to the RD$5,000 million announced by President Abinader for the promotion of national agriculture.

On his side, José Favelo, administrator of Agrodosa, expressed that as a result of administrative savings and accumulated adjustments in the entity, they allowed the saving of 50 million pesos, added to the government’s departure to settle debts until August 30 this year.

While the Dominican Consul in New York, Eligió Jáquez, said that the government’s goal is to achieve that the products of the country are commercialized in the United States to increase the economy of Creole farmers.

For that purpose, he added that there are frequent meetings with native traders who reside in the U.S. city since the arrival of the government.