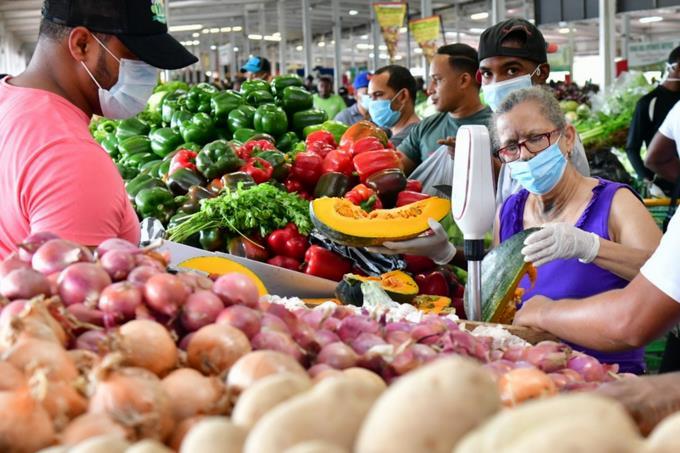 After collecting about 90,000 prices, a relative cost is established for the products.

When the Central Bank of the Dominican Republic (BCRD) provides statistics on economic growth and inflation, it is common to hear comments of distrust in the population about the data released by this official body.

This is why in its most recent Open Page, a special publication that the Central Bank releases when it wants to clarify some issues, the agency clarifies how it determines the variation of food prices.

In the document entitled “Some clarifications on estimates of the consumer price index (CPI),” the BCRD explains that the CPI reflects the weighted average of the prices of the most representative items in the basic consumption basket of Dominican households, based on the results of the National Survey of Household Income and Expenditures (ENIGH).

It indicates that in order to elaborate the CPI, the prices of 305 articles are collected monthly in 7,963 establishments in the most populated localities of the national territory.

After collecting about 90,000 prices, a relative cost is established for the products.

Regarding agricultural products, the document states that prices in the metropolitan area tend to be higher due to the impact of transportation and commercialization margins.

It cites as an example that the costs of green bananas will always be lower in the Cibao or Barahona, near the plantations where they are produced, than in the supermarkets and sales posts of the National District.

The places with the highest concentration of inhabitants, such as the Ozama region, which includes the National District and the Santo Domingo province, are the ones that have the highest weight within the general index.

Factors included in the perception of prices

The paper further clarifies that a person’s perception of price variation is closely associated with his or her preferences, consumption patterns, and purchasing power.

For this reason, many factors are taken into account when developing the CPI. A reduced selection of items, a particular area, or a single segment of the population cannot be considered because an overall average could not be established.

The document emphasizes that the consumer price index prepared by the BCRD collects the prices of products in the basic basket in a way that is consistent with reality, based on a large representative sample.

“(…) the population can have complete confidence and security to continue using the CPI to monitor the evolution of the cost of living,” the authors conclude.