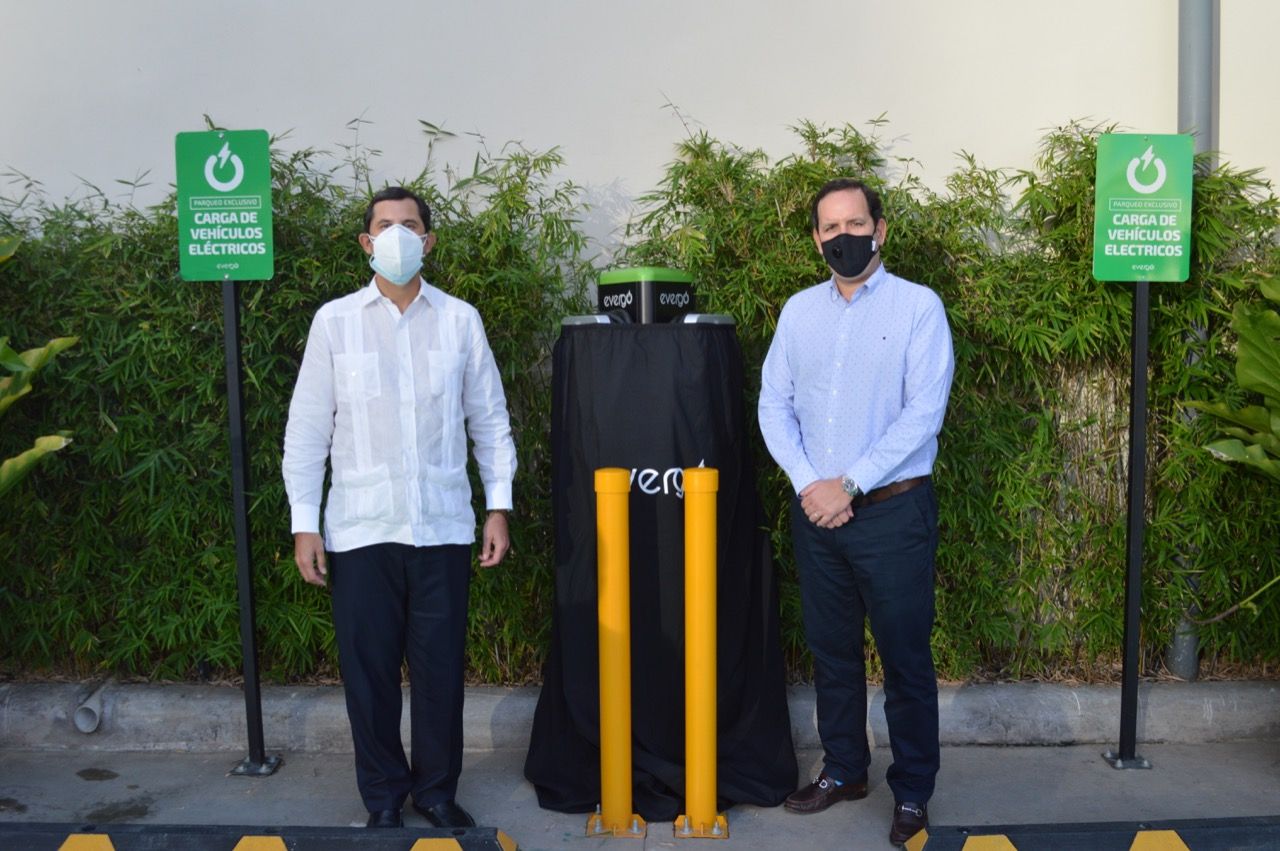 Evergo and Grupo Rica, a leader in the country’s dairy and juice sector, joined the promotion of electric mobility as part of their socially responsible philosophy.

The first step consisted in the installation of an Evergo Level 2 electric vehicle charger in the Viverde store, in Básica, Villa Altagracia, at kilometer 46 of the Duarte Highway, as part of the deployment of the route to Cibao, where Evergo counts with more than a dozen charging stations, Level 2 and Level 3.

The industrial company said that promoting electric mobility consolidates its commitment to reduce carbon dioxide emissions into the atmosphere. “Viverde, which markets fruit and ornamental plants, contributes with cleaner air, an effort that is now being resized with the promotion of electric mobility, which reduces the use of fossil fuels, ”said Grupo Rica in a statement.

He pointed out that electric vehicles traveling to the Cibao region will recharge in the Viverde park as a strategic point to continue their journey.

For his part, Roberto Herrera, country manager of InterEnergy Group, Evergo’s parent company, stated: “We are very pleased with this alliance with Grupo Rica, which now facilitates the transition to electric mobility in a space where since its inception it is promoted sustainability and clean production for the benefit of the environment.”

It should be noted that Evergo, a technological platform operated by InterEnergy Systems, already has 150 electric charging stations throughout the country and is a pioneer in the installation of level 3 charging stations or known as ‘superfast’ or ‘fast charger,’ which They revolutionize the electric mobility sector by allowing a vehicle to be fully charged, depending on the model, in less than an hour.

The Evergo charging stations are self-service. Through an APP, available in the App Store and Google Play, the user can track their charge in real-time, pay through a wallet virtual, and map the different stations, among other facilities.