Minister of Tourism ensures the country will receive a total of 300,000 visitors in April 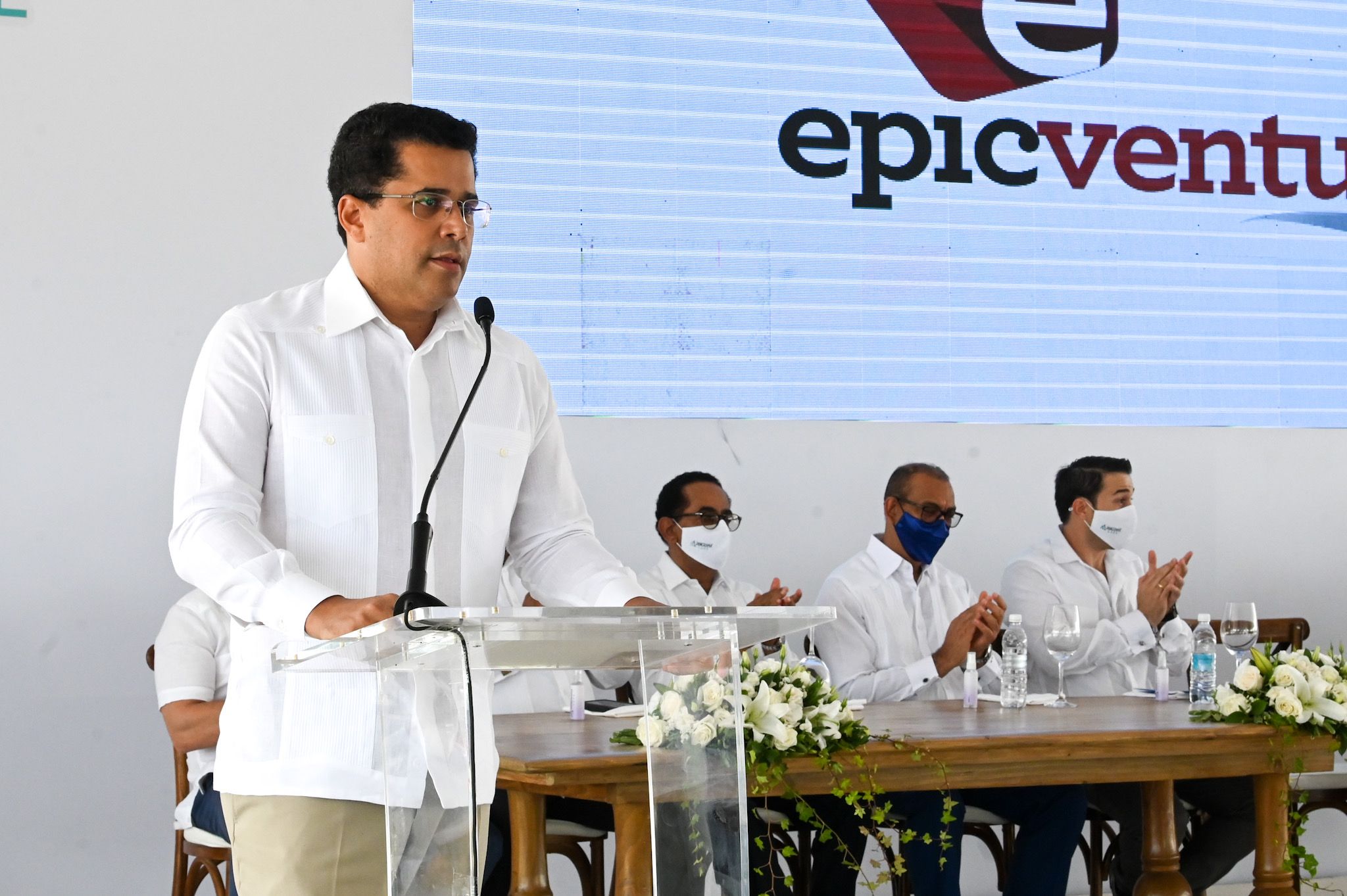 The Minister of Tourism, David Collado, highlighted the sustained growth exhibited by the tourism industry and real estate investments in the country in the first four months of this year and assured that April would end with the arrival of more than 300,000 foreign tourists.

He attributed these achievements and the recognition that the Dominican Republic has received because the Government has understood the importance of the public-private alliance.

“Tourism is bigger than each one of us,” said Collado while speaking at the ceremony of the first kick-off of the Panorama Lake real estate complex, which was headed this Wednesday by the President of the Republic, Luis Abinader, in Punta Cana.

He affirmed that “with the construction of these 412 one and two-bedroom villas, the economy is invigorated, and it is a clear example of the growth and entrepreneurship that young businesspeople have been exhibiting in the tourist pole of the East, with the determined vision of President Abinader and his cabinet, to recover tourism amid the pandemic.

President Abinader, while agreeing with Minister Collado on the recovery shown by tourism in the first four months of this year, also revealed the growth of the economy in March, reaching 10.6%.

Abinader highlighted the more than 1,000 direct jobs and more than 5,000 indirect jobs that the project will provide in the three large complexes Panorama Lake, Panorama Park, and Garden, with an investment of more than US$100 million, representing a magical synergy between nature and modernity.

Both the President and Minister Collado highlighted the dimensions of the project that has begun in the exclusive area of Vista Cana at the ceremony attended by a prominent representation of the tourism and real estate business sector, future investors, public-private banks, government officials, and guests.

He also congratulated the Vista Cana project for the respect it shows for the essential bioclimatic characteristics following the indicators for sustainable development.

The President said that “we will not only recover tourism, but we will recover it to levels never seen before in the country.”

This project, Panorama Lake, is being developed with private capital represented by the business conglomerates that make up the Sención Group, of Dominican origin, and the Cohen family of Venezuelan origin, with a presence in the country for more than twelve years.

Guillermo Sención Suárez, CEO of Panorama Lake, affirmed that the three projects to be developed are a sample of the effort of the strategic alliance of the State with the private sector in a bet that occupies the sustainable development of our beloved country.”

These projects include a total of 1,250 residential units for a mix of apartments and individual houses and townhouses of different sizes with the best set of amenities, social and recreational areas.

In Azua citizens protest against the installation of power generation barges