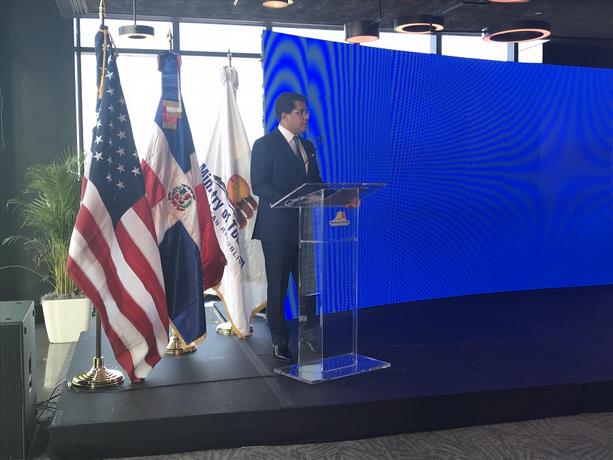 Collado affirmed that after the start of mass vaccination in the United States, one of the primary sources of tourists to the Dominican Republic, the free insurance went to a second stage.

This Friday, the DR Safe Tourism Assistance Plan offered last year by Banreservas and the Ministry of Tourism (Mitur) expires as part of the recovery plan for responsible tourism in the face of covid-19. Its promoters evaluate whether it will be necessary to extend it again.

“If we see the need, it will be extended, if it is not a problem for the country,” said the Minister of Tourism, David Collado, during a meeting offered in the city of Miami (United States) with approximately one hundred tour operators and Florida travel agencies.

Likewise, the Minister of Tourism said he was in conversation with Banreservas and with the Association of Hotels of the Dominican Republic (Asonahores) since “if it is being an important requirement we will extend it.”

Collado also affirmed that, after the start of mass vaccination in the United States, one of the primary sources of tourists to the Dominican Republic, the free insurance went to a second stage.

“There are already more than one hundred million vaccinated Americans who are the main tourists who are going to the Dominican Republic, who are not requesting insurance. The insurance has gone to a second stage, which began with vaccination in the United States,” said the minister.

The State has offered this insurance plan free of charge to tourists who have entered the country since September 15, 2020 , so that they feel confident to visit the Dominican Republic and thus reactivate the tourism sector, strongly hit by the pandemic.

Collado expressed that the fact that the personnel working for the tourism sector has begun to be vaccinated has taken an essential turn since the Dominican Republic has already started to be seen with different eyes at the international level.

After a week ago, hotel employees and collaborators were included in the first phases of the National Vaccination Plan. According to Collado, this Thursday, more than eleven thousand employees of the sector have received the first dose of the biological.

The goal is to reach at least 40,000 vaccinated employees by November.

By the end of the year, Collado considers that the country will be exponentially recovered, even though it continues to live under the Covid-19 pandemic.

From now on, the Minister of Tourism considers that the results of the actions that the Government has implemented in favor of the Tourism sector are observed amid the pandemic.

“The result has been very positive, for the month of April the final projection is to finish between 285 to 300 thousand tourists, it will be the highest number in the Dominican Republic after the pandemic,” Collado stressed during the meeting in the city of Miami with Florida travel agencies and tour operators.