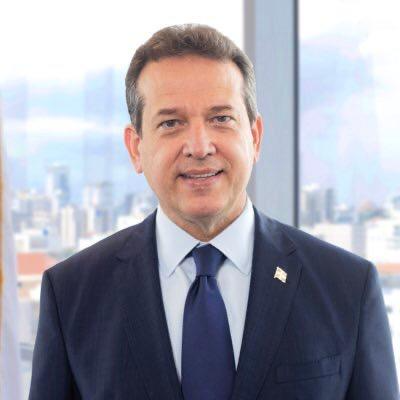 The Minister of Industry, Commerce and Mipymes, Victor -Ito- Bisonó, valued the performance of the Dominican economy as a post-pandemic referent, regarding the report of the International Monetary Fund (IMF), which places the country on a path of recovery in 2021.

Bisonó affirmed that “what we have been saying is reaffirmed by multilateral organizations such as the IMF; the Dominican Republic is one of the most dynamic economies in the region and the economic policies implemented by President Luis Abinader are leading the country to become a post-pandemic reference.”

He added: “The vaccination plan, the industrialization table, and other initiatives lay the foundations for an unprecedented economic take-off. Economic reactivation is a reality!

On the “determined support” highlighted by the IMF in its report that the Dominican government has given to the productive sectors, Minister Bisonó understands that the “management of confidence in times of global economic uncertainty led by President Abinader have been key to turn the country into a recipient of short-term investments.”

“This can be seen in each of the indicators already published by the Central Bank, which have turned this IMF report into the chronicle of an expected and unstoppable economic recovery.”

In this sense, he explained: “more than 45 companies installed in less than eight months, exceeding 245 million dollars of investment, in addition to a growth of seven consecutive months in the free trade zones and a local manufacturing sector that experienced an increase of 50% in March, according to the Central Bank, already warned us about the certain results of this management in economic matters.”