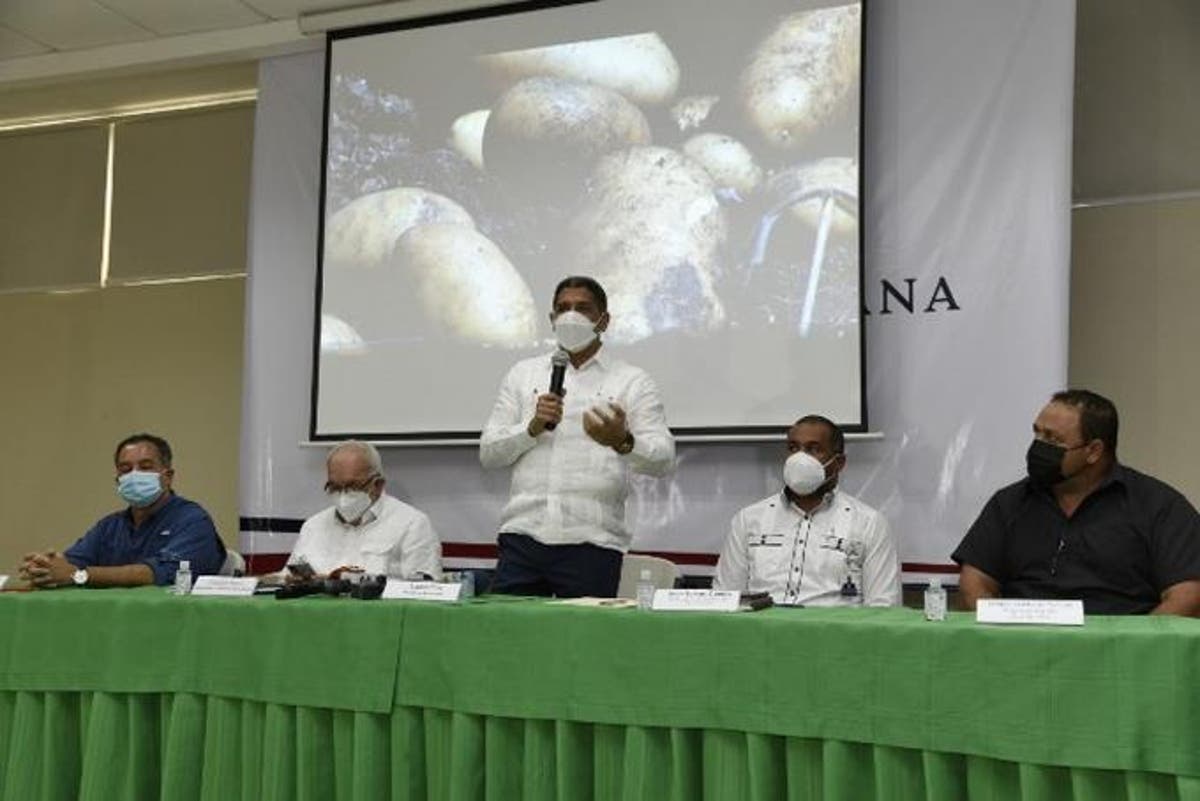 The Minister of Agriculture, Limber Cruz, said that the rise in prices in the country is because during the pandemic some ships were not leaving and there are still “problems” with commodities, such as corn, oil, and soybeans, raw materials necessary to produce chicken, eggs and other products.

“All that in the international market, has risen in an extraordinary way,” Cruz said during a press conference, where he clarified that despite this context, the Government has intervened in the price and production of chicken, bananas, potatoes, and other foods of the basic food basket in the Dominican Republic.

Cruz cited as an example that a few months ago, bananas were at RD$40 and are now at RD$10.

The Agriculture Minister spoke after signing an agreement with eight associations and a federation of producers to pledge (store) thousands of quintals of potatoes produced in the Constanza Valley.

“About 50,000 quintals of potatoes are already distributed in three cold chambers, thus achieving optimal conservation until the time of distribution, so that the marketing of the fresh product reaches the consumer at affordable prices,” said Cruz.

According to the Minister of Agriculture, this measure is aimed at dozens of producers of the demarcation, who were asking for help to avoid the loss of the current harvest.

“With this signature that we are carrying out today, we guarantee the stability of the producer, the good prices for the consumer and we also continue to support the production of this item,” said the Minister of Agriculture.

Pledging consists of safeguarding merchandise in bonded warehouses in a controlled environment, the cost of which is mainly covered by the Government. According to the Ministry of Agriculture, the objective is to keep the product in storage to be released when the market allows it to avoid losses to producers and maintain a fair price for consumers.