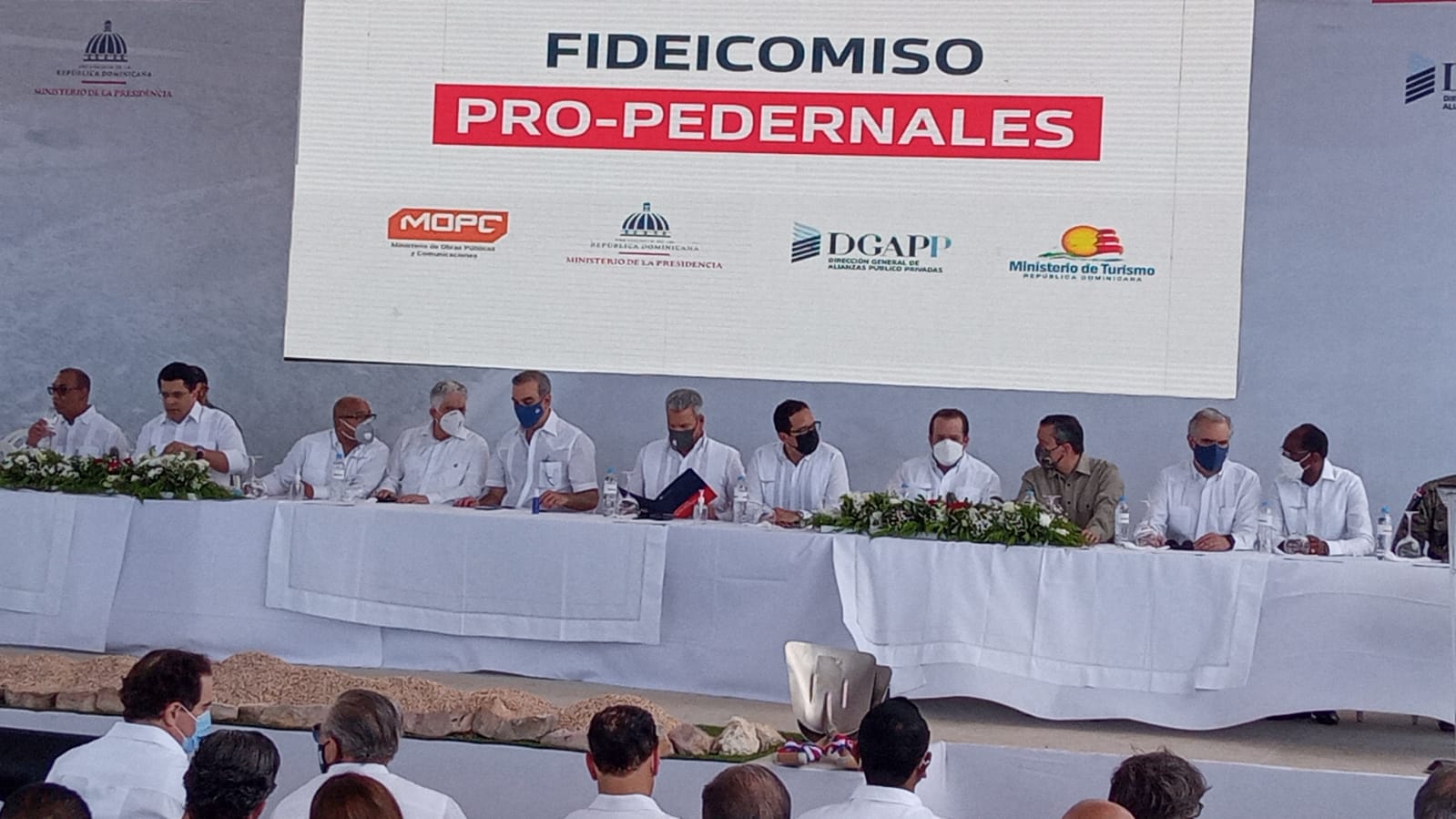 The activity was carried out near Cabo Rojo, Pedernales (southwest), where various government officials, legislators, as well as local authorities participated.