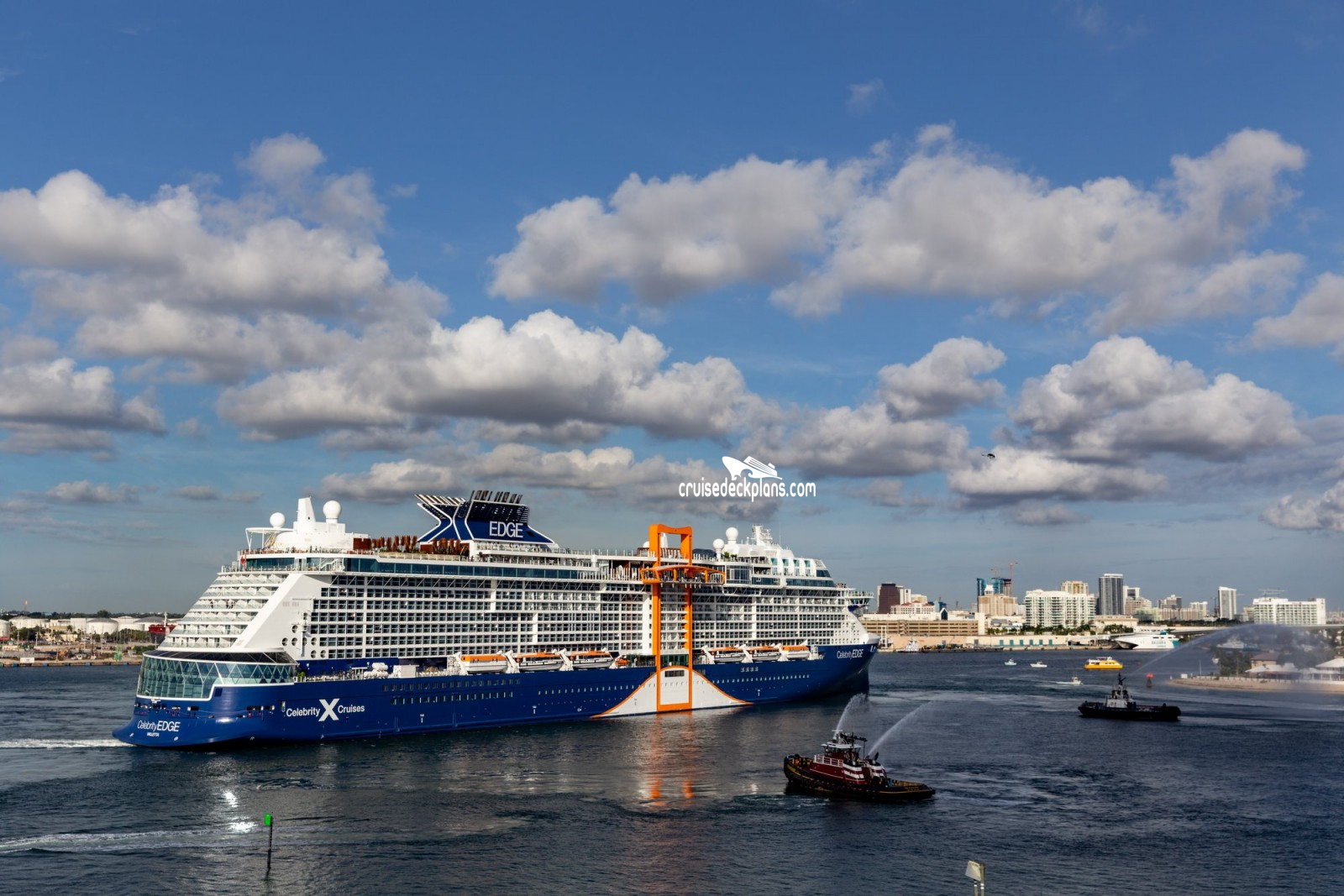 According to the owner company, the Celebrity Edge became the first cruise ship to sail with passengers from a United States port on Saturday after a 15-month ban due to the pandemic and thus marked the beginning of “a new dawn” for the sector.

“#Hope floats. Today marks the rebirth of our company and our industry as our beautiful Celebrity Edge sets sail for a new luxury experience that will once again fuel people’s love of travel,” he wrote on Twitter. Lisa Lutoff-Perlo, president and CEO of the company.

In command of the cruiser, It carries almost 1,100 passengers, 36% of its capacity, of which the vast majority vaccinated, as is 100 percent of the crew, is Kate McCue, the first and still only American woman to captain a major cruise ship.

According to the company, the ship set sail for Mexico and the Bahamas for a seven-night trip, which precisely a month ago received a green light from the Centers for Disease Control and Prevention (CDC) for today’s departure.

According to the Centers for Disease Control and Prevention (CDC) guidelines, cruise ships can avoid test trips if 98% of the crew and 95% of the travelers are vaccinated against COVID-19.

“This is a momentous navigation that we have been preparing for a long time,” said Richard Fain, president of the Royal Caribbean Group, who stressed that “travel is a powerful catalyst for positive change in our world.”

“There is nothing more enriching in life than being exposed to new cultures, sights and experiences, and nothing more luxurious than doing it aboard a Celebrity cruise,” he added.

Brian Abel, Senior Vice President of Hotel Operations for Celebrity Cruises, said: “We have looked forward to this day, not only because it represents a return to service and doing what we love to do most, but because we know that for many the return of cruises is a symbol of the return of the world to normality. “

Named “one of the best places in the world” by Time magazine, Celebrity Edge made its maiden voyage in 2018 and is considered one of the most innovative cruises in the world.

The design is designed so that passengers feel more connected to the sea and the ports they visit.

It has, among other things, luxurious two-story villas with private pools.

“The week after our entire industry was on land, this past March, I started a #HopeFloats tradition of honking the ship every night so the world would know that we were not only safe, but we were thinking about the from home and expecting the same for them, “said Captain McCue.

With the Celebrity Edge now at sea, eight of the 14 ships in the Celebrity Cruises fleet have plans to return to sail in 2021 and are ready to take their passengers to destinations in the Caribbean, Europe, Alaska Galapagos.

Celebrity Cruises has established new health and safety measures following guidance from public health authorities, government agencies, and its own health and safety team and experts to provide passengers with the peace of mind they need to enjoy their trip fully.

At the beginning of June, Judge Stephen Merryday of the Federal Court of the Middle District of Florida, based in Tampa (on the west coast of Florida), approved a petition raised by the state authorities in a lawsuit against the government CDC that remains open and ongoing.

DeSantis asked the courts to act against the “conditional navigation order” issued by the CDC in October, which contains a series of measures so that shipping companies can resume their operations with cruise ships from US ports.

As of July 18, the judge decided that the CDC guidelines for cruises departing from Florida will not be a rule but a recommendation.

Merryday’s decision marks a victory for Florida Governor Ron Desantis, who said, “the CDC has been wrong all along and they knew it.”

According to the Cruise Lines International Association (CLIA), which represents 95% of the companies with oceanic cruises, between March and September 2020, these companies had global losses of 77,000 million dollars, 23,000 million in salaries 518,000 jobs.