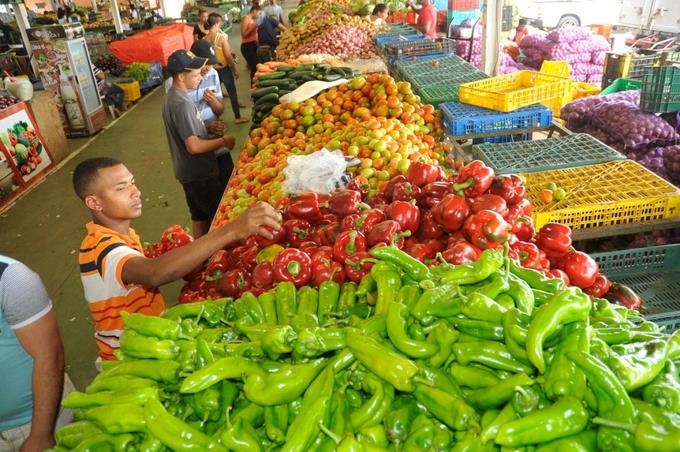 The Minister of Economic, Planning, and Development, Miguel Ceara Hatton, informed that the six working groups formed by different sectors had made 196 proposals to counteract price increases, implying short, medium, and long-term measures.

Ceara Hatton indicated that the Ministry of Industry, Commerce, and Mipymes (MICM) has already analyzed the proposals and explained that there are exciting and very positive aspects that raise temporary and very focused subsidies, revision of tariffs, liberalization of encajes, zero bureaucracy, and prevalent markets.

When interviewed on the Uno+Uno program, Ceara Hatton explained that the work tables to counteract the international price crisis are integrated by representatives of the industrial, agricultural, and livestock sectors, civil society, among others.

“In short, there is a broad menu that serves as a basis for making very concrete proposals on how to face this short-term situation,” he said, reiterating that the rise in prices is fundamentally a short-term, temporary phenomenon, which is due to an international imbalance between supply and demand.

Ceara Hatton explained that these are proposals that are being processed and ordered to be analyzed in more detail, and then the President of the Republic, Luis Abinader, has to see them.

Last week, the President met with officials, business people, industrialists, trade unionists, and other sectors to jointly create proposals to mitigate the rise in prices in the Dominican Republic.

Recovery
Ceara Hatton, an economist, and researcher said that they have calculated that there will be a situation of more extraordinary normality in terms of prices in about four months.

The Minister of Economy recalled that they made a projection as of June 10 with several models, and some rates were between 11% and 7.5%; this is why the budget was calculated with a 7.5% real growth rate for 2021.

In that sense, he said that most likely, the 2021 growth, if this recovery trend continues, is going to be higher, and the number will have to be revised upwards. “We will probably reach 8%, or more growth,” said Ceara Hatton.

Likewise, the minister specified the reactivation of public investment and said that in the first two weeks of June, around RD$5,000 million had been executed. “The priority is to finish works that have been found in order to advance in our own projects, such as hospitals, schools and road works,” he stated.