CannAndes, a company that sees cannabis as the raw material of the future 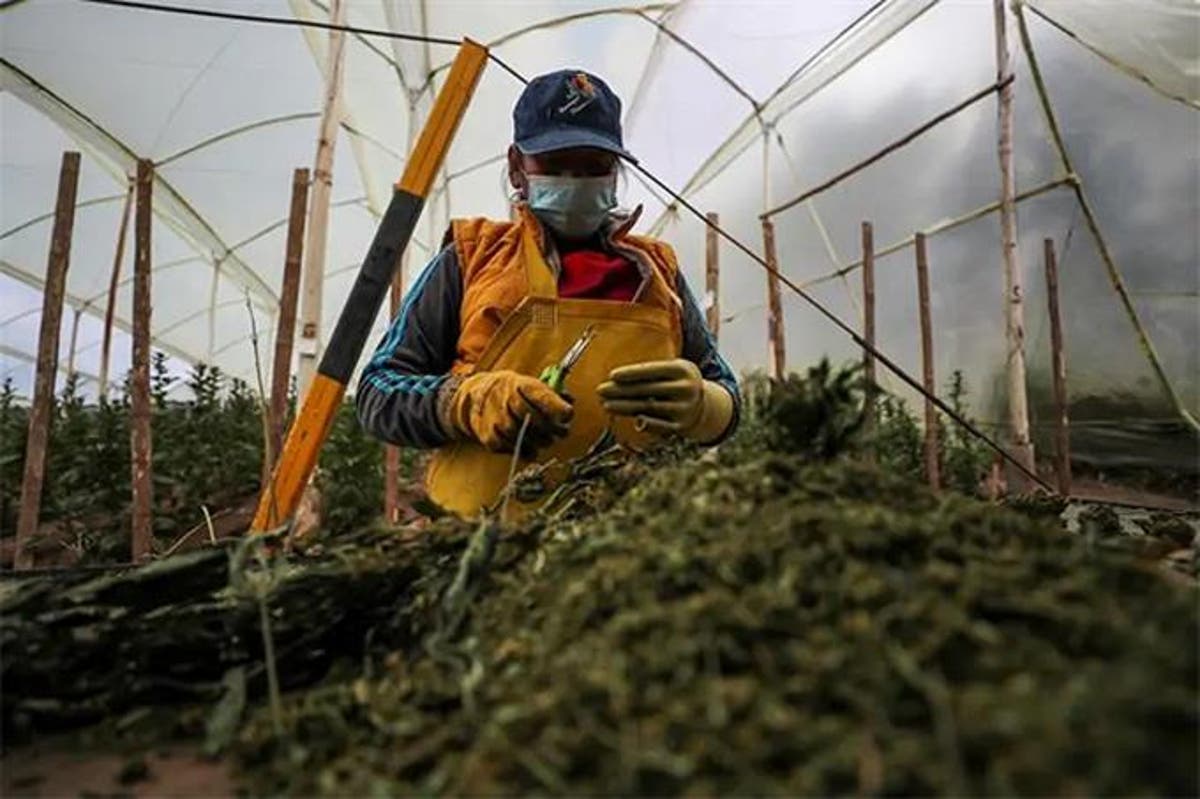 In Ecuador, CannAndes began a year ago with the challenge of generating an industry dedicated to producing products for medicinal and therapeutic use based on cannabis, a plant stigmatized for decades that could become the raw material of the future.

This company settled in Tabacundo, located about 80 kilometers north of Quito, on an attractive Andean plateau dominated by the majestic snow-capped Cayambe and considered the world capital of export roses.

Klaus Graetze, president of CannAndes, told Efe that he has no doubts when stating that CBD (Cannabidiol), a component of cannabis that has no psychotropic effects, offers an infinity of benefits the human being.

His company was formally established last year, under Ecuadorian law that in 2019 decriminalized the production and use of cannabis for medicinal and therapeutic purposes.

On the horizon, Graezte and his partners were looking at the U.S. market, where cannabis use, even for recreational purposes, had grown exponentially.

On a rose-producing farm and among giant greenhouses, Graetze had a hectare of land to start growing cannabis plants.

Tabacundo is one of the best places in the world to do so, according to Graetze, who highlights the luminosity of the area, where the sun falls perpendicularly at noon, with water sources coming down from the Mojanda and Fuya Fuya hills, and a perennial spring climate.

All this allows for better photosynthesis and better growth of flowers and, if it makes it easier for the best roses in the world to be grown, it will also do so with other plant species such as cannabis, he reflected.

Along with the plantation, CannAndes has drying, storage, cold storage, and a laboratory where CBD is extracted to produce other food, medicinal and therapeutic derivatives.

Graezte said he is aware that cannabis had had a bad reputation for almost ninety years when it was declared illegal as marijuana. Therefore he assured that his management also has the challenge of making people understand that CBD is also a victim of this stigmatization.

For this reason, he is meticulous in indicating that his products strictly respect the current regulations on cannabinoids. Therefore, he hopes that he will have the sanitary registrations quickly that will allow him to enter the Ecuadorian market fully.

It is also waiting for the regulations that will allow it to export its products to foreign markets such as the United States and Europe.

Felipe Norton, general manager of CannAndes, is the agronomist specialist who rigorously monitors the quality of the processes. On-site, he shows the greenish plantation and explains that the cannabinoids are found in the calyxes, from where the resin is extracted for refining.

But he also assured that the plant provides fibers that can be industrialized and seeds with a high nutritional value.

He added that his company’s plants come from seeds acquired in the United States, although in the Tabacundo plantation, the best individuals are also cloned to boost productivity.

Nina Tapia, the company’s development expert, is in charge of coming up with the products in which cannabis can be offered, and she sees no limits to the applications.

Cannabis can be incorporated “in everything you can imagine.” Still, there is no doubt that the origin of this product has to do with the “balance of the body” since it allows to “generate a harmonious balance” in people.

For example, cannabis-based shampoo allows to give body and shine to the hair and facilitates its growth, while body creams help the skin, soothe it, and even allow stains to be restored.

And while the plant has that inherited stigma, people who consume products made with cannabis are satisfied with their performance, she says.

According to her, people have reacted in an “incredible way, those who try it say it works,” but also “regulates mood” and calms.

Tapia said that she is already investigating how cannabis can be dissolved in water for nutritional or medicinal purposes, as it could be used in this way in treatments against anorexia, depression, and inflammations, as well as in oncological diseases and epilepsy.