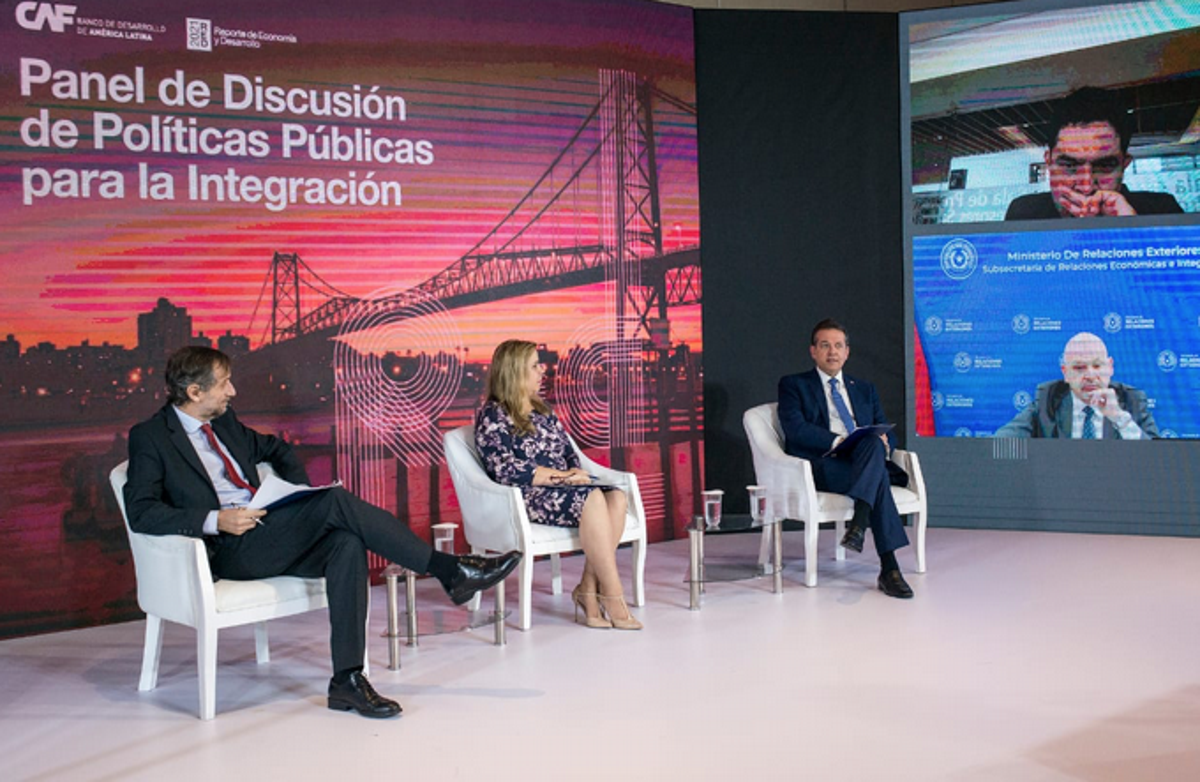 Pablo Sanguinetti, vice president of Knowledge at CAF; Carmen Gisela Vergara, secretary of Pro Panama, and the minister of the MICM, Víctor-Ito-Bisonó, in a panel during the presentation of the RED2021 report, from CAF (Development Bank of Latin America), in Panama City. EXTERNAL SOURCE

The Dominican government is moving forward in the integration of services and other productive sectors with Central American countries.

The process is the result of two meetings of President Luis Abinader with his counterparts of the Central American region, specifically Costa Rica and Panama, to work together and take advantage of the post-Covid opportunities since investments of US$3 to US$4.5 trillion are expected to be changing the manufacturing base.

This was affirmed to Listín Diario by the vice-minister of the MICM, Carlos Flacquer, who accompanied minister Victor -Ito- Bisonó to the presentation of the regional report RED2021 of the Development Bank of Latin America (CAF) in Panama City, an act in which the Panamanian chancellor revealed the signature of a tripartite agreement between these countries.

Flacquer explained that any country that captures only 0.1% of these investments would triple its exports.

The Dominican Republic is the sixth-largest trading partner of the U.S. and, together with Panama and Costa Rica, will become the third, with 20 million inhabitants between the three and whose block will only be surpassed by Brazil and Mexico.

The third meeting between the three presidents of the Central American region and the DR will be in the Dominican Republic next December.

The information on the tripartite agreement between these nations was later confirmed by the Minister of Industry and Commerce and Mipymes of the Dominican Republic (MICM), Víctor Ito Bisonó while participating in a panel as part of the presentation of the RED2021 report in Panama.

Alliance
As part of the alliance for democratic institutionality, the presidents of Costa Rica, DR, and Panama met at the UN Assembly on September 27 this year in New York, where they agreed on a regional proposal to relaunch the commercial, demographic and cultural ties of their countries and the region.

A second meeting was held in Panama last October 20, where they declared their intention to deepen this alliance not only in the area of trade, to attract investment, but also in the political sphere, “concerned about the unprecedented and growing migratory flows in the three countries.”