Aviation sector will need thousands of employees in the coming years 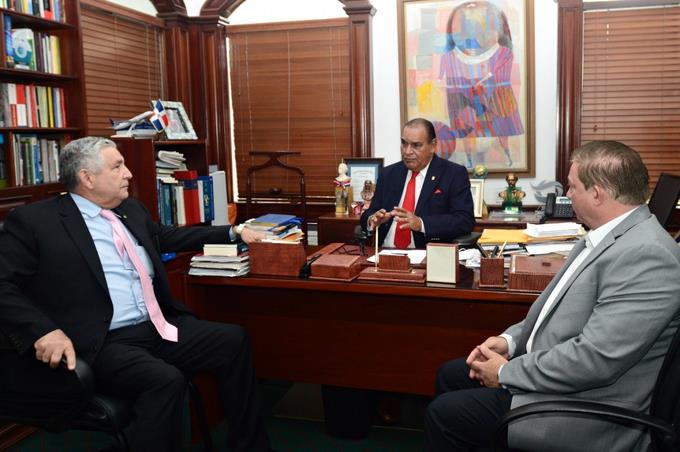 Santo Domingo, DR.
Dominican civil aviation is in the process of expansion that seeks to position the Dominican Republic as the Caribbean leader in this sector and will generate thousands of new jobs in the country.

The plans being developed include the entry of new airlines and the expansion of airports, all hand in hand with compliance with standards that guarantee the safety of travelers.

“Aviation is not going backward,” affirmed the interim general director of the Dominican Civil Aviation Institute (IDAC), Héctor Porcella, during a visit to Listín Diario in the company of Melvin Cintron, director of North America, Central America and Caribbean office of the International Civil Aviation Organization (ICAO).

Porcella assures that there will be a great demand for pilots, mechanics, flight attendants, and many other aviation professionals in the coming years.

Both ICAO and local authorities analyze how the implementation of 5G technology could affect the sector. So far, it has not had any impact, but it is being studied how it could do so to mitigate it.

“Here, the air hostess industry is going to multiply. Creating new airlines is in line with the President’s development plan to create new jobs”, said Porcella, who foresees that in the next few years, the Dominican Republic will have the most significant number of airlines in the Caribbean, an enormous flow of passengers, and commercial exchange by air in the region.

Last Monday, the Dominican ultra-low-cost airline AraJet was launched, which will have some 20 airplanes and is expected to generate around 4,000 direct jobs and thousands of indirect jobs in the next five years.

It is to review and, if necessary, propose improvements to aviation procedures that the regional director of the ICAO is in the country.

Cintron explained that given the re-launching of the sector, they are verifying that countries are complying with the requirements and implementing the necessary actions to ensure that the restart of air operations is carried out safely and efficiently.

“We do not believe that the solution is to close borders, we believe that risk analysis must be made and mitigated. We are now looking at where there is room for improvement because there have been a lot of changes in regulations,” Cintron explained.

He specified that ICAO is doing this in several countries, including the United States.

The IDAC interim director-general said that the Dominican authorities are ready to do whatever is necessary to comply with ICAO’s regulatory obligations and proposals.

Cintron and Porcella agreed that the lack of human resources is a matter of concern and a challenge for civil aviation.

Porcella indicated that countries need to develop strategies to recruit, train and retain personnel. In this regard, Cintron indicated that ICAO has a training center to train the next generation of pilots and technicians required by the sector.

The ICAO and IDAC representatives pointed out that a lot of technology in aviation makes aircraft the safest means of transportation in the world.

Cintron cited, as an example, that there are systems that allow airplanes to communicate with each other in the air and on the ground, indicating the distance between each other.