The construction sector grows in Santiago more than in the entire country, according to a study 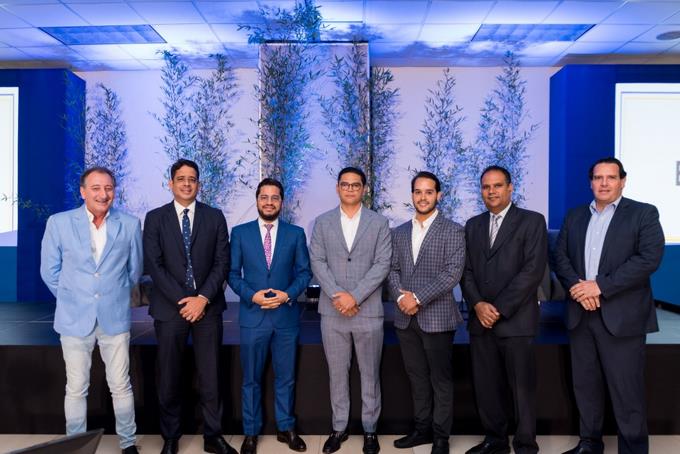 Between 2016 and 2021, Santiago’s total investment in infrastructure and the development of real estate and residential complexes accumulated 63,008 billion pesos. Of these items, the private sector invested 3 out of 4 pesos, establishing the first stage of the Study on the Real Estate Sector in Santiago. Synthesis and Annotations from APROCOVICI, presented by the Cibao Association of Home Builders and Promoters.

The investigation shows that in the last five years, the accumulated added value of the construction sector in Santiago reached 305,804 billion pesos, equivalent to 11.1% of the total GDP of the industry. In other words, 1 out of every 9 pesos of the national added value of construction was generated in this province.

The document reveals that the urban area of ​​the city of Santiago has expanded and consolidated by 42.72 square kilometers, which could be equivalent to 47 times the Colonial City of Santo Domingo during the last 20 years.

Landy Colón, president of Aprocovici, a fundamental actor in updating current regulations and promoting this type of initiative in municipalities bordering Santiago de los Caballeros, reported that the first part of the investigation managed to identify the most attractive areas for real estate investment, analyze the supply and demand, citing trends in urban development, among other elements.

¨During the last five years, the construction sector in Santiago has grown faster than in the rest of the country, according to the metrics of GDP, employment, average labor income, and sales reported to the General Directorate of Internal Taxes,¨ assured Landy Colón.

The members of APROCOVICI have contributed in the last 20 years to the consolidation of the existing urban fabric.

Employment in the construction sector registered increases in 4 of the last five years (including during the covid-19 episode), averaging 10%.

Public investment allocation to Santiago has been relatively below private investment.

The growth in the sector’s economic activity during the last five years is also reflected in the number of approved construction projects, which have rebounded from a historic low of 152 in 2017 to a historical maximum of 423 in the year 2021.

Residential use predominates within the total of approved projects, with 87% of which 52% corresponds to the type of single-family home and 35% in the kind of apartments.

That is why there are 0,6 million foreigners in Santiago1