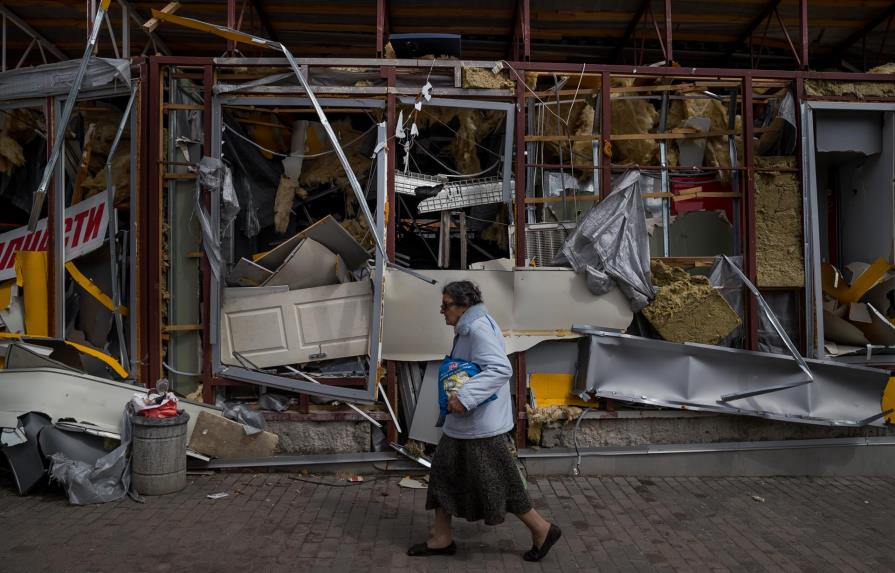 The leaders of the International Monetary Fund (IMF), the World Bank (WB), and other organizations urged the world on Tuesday to act quickly to stop the food crisis that hits the poorest and results from a rise in prices due to war in Ukraine.

The call from the IMF and the World Bank came at a round table at the spring meeting held by the two organizations this week. Representatives of the G7, the G20, the US government, and the International Fund for Agricultural Development (IFAD) also participated).

The managing director of the IMF, Kristalina Georgieva, recalled that the world had already experienced a similar situation after the economic crisis of 2008 and considered that some lessons could be drawn from that moment.

“The most important lessons we learned were that acting quickly and in a coordinated way is essential to keep free trade working, support the most vulnerable households, and ensure a sufficient supply of agricultural products,” said the IMF chief.

For this reason, both Georgieva and the president of the World Bank, David Malpass, urged the world to act urgently because food prices have already skyrocketed.

“Russia’s invasion of Ukraine has caused huge threats to the world’s food and nutrition security in the short term,” he said.

Furthermore, according to their estimates, every 1% increase in food prices will cause 10 million people to fall into extreme poverty.

Given this situation, Malpass and Georgieva considered that it is necessary to develop a plan that offers food and financial aid to the most vulnerable countries.

One of the ways to do this would be through subsidies to provide food and aid to the poorest and assistance for small farmers who face difficulties in raising their crops due to the high prices of pesticides.

Likewise, the finance ministers of Germany, Christian Lindner, and of Indonesia, Sri Mulyani Indrawati, representing the G7 and the G20, respectively, considered that it is necessary to keep borders open for trade and not impose restrictions on the export of certain foods or pesticides, something that several nations have done since the war in Ukraine began.

Specifically, Lindner believes that the international community must act “efficiently” and “effectively” because time is of the essence.

On the other hand, the US Secretary of the Treasury, Janet Yellen, who also spoke on the panel, proposed the International Fund for Agricultural Development intervention. This United Nations agency has the tools to combat famine in rural areas.

For his part, the President of IFAD, Gilbert F. Houngbo, former Prime Minister of Togo, considered it necessary to think at macroeconomic levels and at microeconomic levels with solutions that improve the daily lives of the poorest.

In this regard, he recalled that 80% of the men and women who live in extreme poverty are in rural areas.

Almost since the beginning of the Russian invasion on February 24, the UN and other organizations have warned that the war could be a tough blow for many countries, given the rise in fuel prices it has caused and because both Russia and Ukraine are two of the largest producers of cereals and fertilizers in the world.

Among other things, Russia and Ukraine account for more than half of the world’s supply of sunflower oil and 30% of that of wheat.