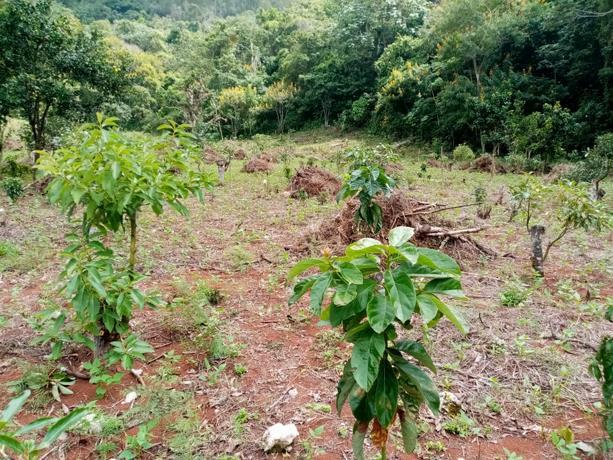 The director of the Executing Technical Unit of Agroforestry Development Projects (UTEPDA),  Eliferbo Herasme, highlighted the work carried out by this entity in favor of the recovery of the forested area in several boundaries of the South region and the country.

According to Herasme, the institution is in charge of reforestation programs, based on coffee, fruit and timber species , in the southern towns of Elías Piña, Barahona, Independencia, Hondo Valle, Juan Santiago, Las Cañitas, Los Fríos, Sabaneta and the Sierra de Neiba.

The director of UTEPDA said that similar projects have been implemented for several months and are planned to be developed in Galván and Tamayo, Bahoruco province.

“We will carry out a massive planting of avocado and mango in communities such as Guanarate, El Granado, Bayahonda, and Cabeza de Toro, this accompanied by an extensive reforestation program in communities that, like these, belong to the municipality of Tamayo and that look devastated by the hand of man and natural phenomena that have affected us,” said Eliferbo Herasme.

Concerning the regulations, technical, administrative, and productive tasks, Eliferbo Herasme said that the Technical Execution Unit of Agroforestry Development Projects, UTEPDA, previously attached to the Administrative Ministry of the Presidency, since the beginning of the present government administration, has been an organ of the Ministry of Environment.

“During the last 18 months, from UTEPDA, we have been carrying out a work of readjustment of this unit, fulfilling a delicate mission placed under our responsibility by the President of the Republic, Luis Abinader. And that’s what we’ve been doing”, said Herasme when talking with Mario Lara and Vianelo Perdomo in the Contraparte program produced on Hilando Fino TV.