Collado aims to turn Santiago into a major tourist destination 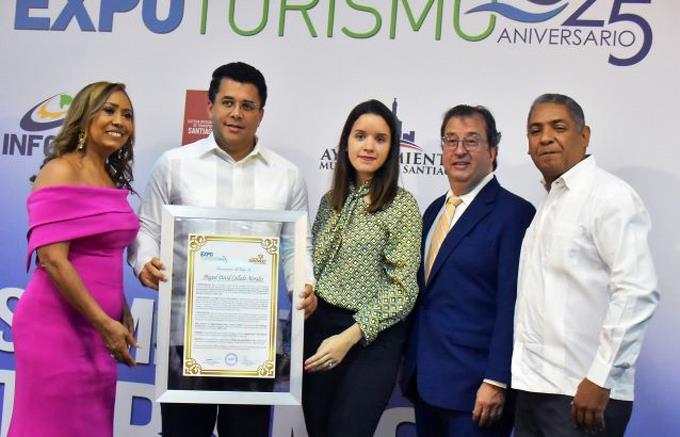 When opening the 25th edition of Expoturismo, Minister David Collado announced his commitment to making Santiago an excellent tourist destination in the country’s northern region.

Collado, who attended the opening of the event in the company of his work team from the Ministry of Tourism (Mitur) and the Tourism Office, received recognition from the organizers of the fair and the Santiago Tourist Destination Cluster for his efficient management of in front of the ministry and for promoting the recovery of the sector amid the pandemic.

The official proposed creating a tourism development plan for Santiago to bring together the Ciudad Corazón with all the potential tourist attractions that the region has together with the joy and warmth of its people.

He stated that “having concentrated on the recovery of our sun and beach tourism through Punta Cana, where 50% of all foreigners arriving in the country arrive, now, we have to deal with the essence, the beauty, our culture, our people and all of that is part of Santiago and all of Cibao.”

As part of the tourism promotion plans for this city, Minister Collado announced the contribution of RD$50 million for the promotion abroad of the attractions available to the municipality of Corazón.

Collado invited Mayor Abel Martínez, together with Mitur and the Cluster, to draw up a joint tourism development plan for Santiago.

“We are going to develop a joint work plan and the Ministry of Tourism is going to put RD$50 million on the table to promote the city of Santiago internationally,” Collado announced after thanking him for the recognition.

He valued that what has been done with the recovery of tourism has been “something transcendental and spectacular” and that it has been the result “of what happens when Dominicans come together and embrace an issue such as tourism.