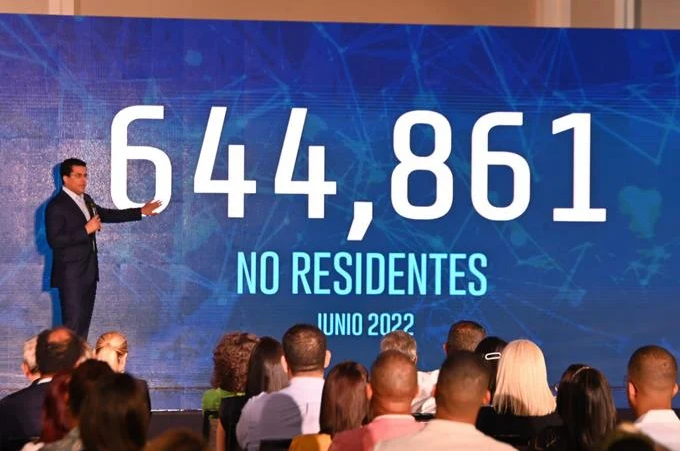 The Minister of Tourism, David Collado, detailed this Monday that during June 644, 861 foreigners arrived in the country, which represents a growth of 9.9 percent more than that registered in the same period of 2018 and 2019.

The presence of these tourists generated approximately 739 million dollars in profits in the sector.

During the presentation of statistics on tourism behavior, Collado also specified that during the first six months of this year, 3.5 million tourists have come to vacation in the Dominican Republic, generating “almost 4 billion dollars” in income.

He noted that hotel occupancy exceeds 71 ​​percent in general terms, and the average stay is ten days.

The airports that received the most significant flow of visitors were Punta Cana and Las Américas.

The provinces of main stay are La Altagracia, Santo Domingo and Santiago .

He also stated that the sustained growth in the arrival of visitors is not only by air but also by sea.

“A total of 72,689 cruise passengers did not visit in June, which represents 25 percent more than those who arrived in the same period of 2019,” he specified.

Collado guaranteed that in the months to come, tourism will continue to reach blue numbers and predicted that this year will close with more than 7 million visitors, “a historical number in the arrival of tourists to the Dominican Republic.”

this is great news