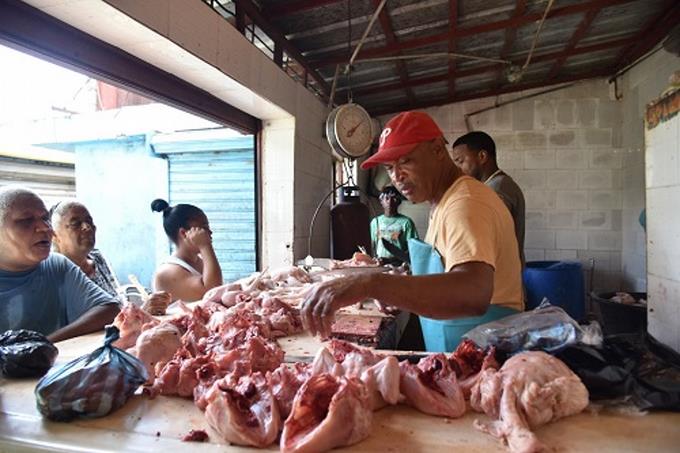 According to the union, the lack of fertile eggs in the country has made it difficult to supply the demand for the product to the point of having to import them from other countries.

The president of the Dominican Agribusiness Board (JAD), Osmar Benítez, explained on Monday morning that the rise in the price of chicken is due to two main factors. The first of these is, according to him, the lack of fertile eggs, while the second factor is the crisis generated in the country as a result of the post-pandemic.

However, the agribusiness owner acknowledged that both situations have led to a shortage of the product.

“We have suggested to chicken producers that supply must be increased (…) if we are producing 18 million chickens per month, that number must be raised to 22.5 million,” he said.

On the other hand, Benítez explained that the lack of fertile eggs in the country has made it difficult to supply the demand for the product to the point of having to import them from other countries.

“The amount of fertile eggs in the local market for you to hatch and produce more chickens is running out , in the United States, for example, there are almost no fertile eggs to sell,” he said.

He explained that right now they are buying from the North American nation as well as from Canada and the Netherlands in order to meet consumer demand.

Despite this scenario, the representative of the Agribusiness Union was optimistic and assured that with some collective effort and solid budgetary support from the State, it is possible to solve the shortage of the product that constitutes one of the main foods that make up the basic food basket. family.

“Incubating an egg takes 21 days and having the chicken ready for consumption takes 39 more days, which means that the chicken problem can be solved in 60 days,” he said,

Recognizing that the pandemic has also influenced the rise in chicken prices, Benítez pointed out that “in times of crisis like this, national production is the key.”

This is and example of the push pull push pull reports the public is receiving about the market. What is the truth? The public receives media information there is enough chicken and eggs to support demand, “Government and highlighted that it currently has record levels of production of rice, chicken and other food”, DT May 4; “Dominican Republic can generate 25 million chickens” DT, June 2. Now the public gets “the rise in chicken prices to the lack of fertile eggs”.
Suspect the producers are playing a willing government with its statistics about chickens and eggs to manipulate acceptance of high prices they want.

Again, what is the truth?