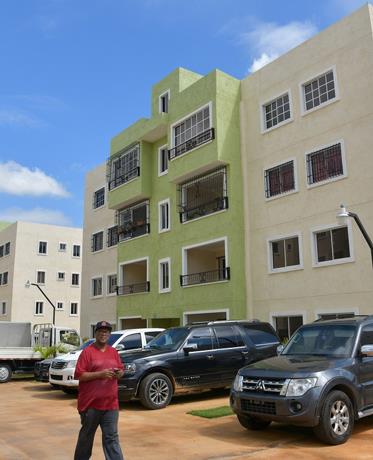 Santo Domingo, DR.
In addition to the increases in construction materials, the result of the inflationary trend in the country and worldwide, there is an increase in the price and shortage of sand, gravel, and other aggregates, which the builders attribute to the lack of permits from the Ministry of the Environment for the extraction of materials.

The president of the Dominican Association of Builders and Housing Developers (Acoprovi), Jorge Montalvo, indicated that they had requested a meeting with the Minister of the Environment, Miguel Ceara Hatton, to discuss this and other matters.

He assured that the cost of the square meter of construction has shot up by more than 38% since the beginning of the pandemic, according to the index of the cost of housing published by the National Office of Statistics (ONE), and emphasized that in this last month the data reflected a 7.78% increase in this index.

“The first thing we want to understand is what is happening and when the issue of permits will be regularized so that projects are not stopped due to a shortage of aggregates,” said the president of Acoprovi.

The president of the Dominican Confederation of Micro, Small, and Medium Construction Companies (Copymecon), Eliseo Cristopher, agreed that in the last few days, there had been a shortage of materials such as sand, gravel, and others, and as a result of the prohibitions to extract materials from the rivers, a measure with which he said they agree, however, he suggested that alternative permits be sought from sources other than the rivers and tributaries.

He assured that builders are facing an upward trend in the prices of building materials and that this affects to a greater extent the micro, small and medium builders who do not have so much capital for developing their projects.

Rising interest rates
Montalvo and Cristopher pointed out the constant increase of the Monetary Policy Rate (TPM) as another element that complicates the problematic situation of the builders since this makes the financing they have with the banks for the development of different projects more expensive, especially those of low-cost housing.

The president of Acoprovi, Jorge Montalvo, explained that the interest rates have been rising since the end of last year, which he said is contributing to the slowdown in demand for housing.

As a suggestion, Montalvo pointed out that “it is necessary to see how competitive interest rates can be achieved, even if it is focused on low-cost projects.”

Likewise, the president of Copymecom, Eliseo Cristopher, pointed out that the new increase in the monetary policy rate increased the financing they have in the banking entities and said that all this would be reflected in the prices of houses.