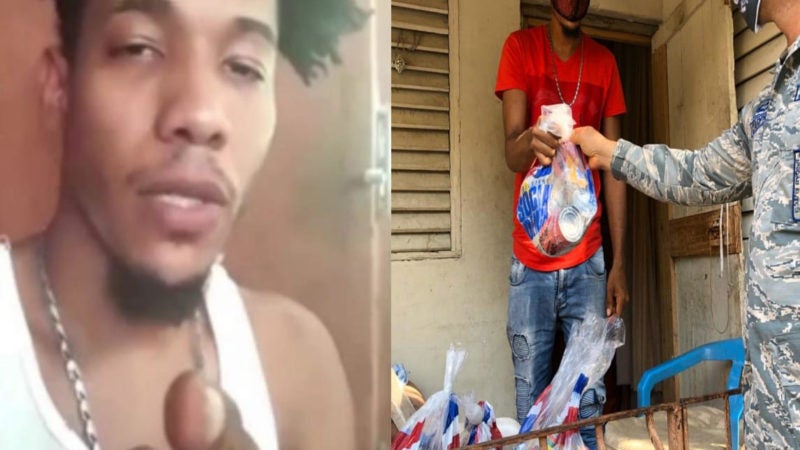 "I challenge Danilo Medina to fill my cauldrons." With these words, the young Carlos del Rosario challenged the President of the Republic and the police authorities to come to his aid. 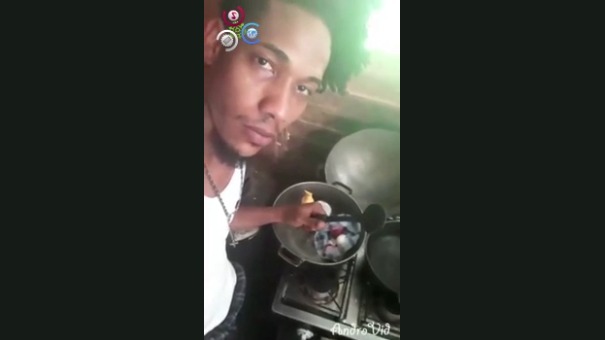 “I challenge Danilo Medina to fill my empty cookware.” With these words, the young Carlos del Rosario challenged the President of the Republic and the police authorities to come to his aid.

“I make a live challenge to the authorities and to the Government. I will be waiting for you here (…). The challenge is to fill my pots and pans. My mom doesn’t have anything to eat today, nor does my sister. Make this viral. If there is any crawling upload it. Why don’t you dare fill my cooking pots and those of the people who need it!” Said the young man nicknamed El Flaco.

The young man resides in Sosúa, Puerto Plata, in El Barrio Los Charamicos and, surprise, his request was heard and the authorities went there.

Officials of Thrifty Diners informed Hoy Digital that both the Social Plan and the Thrifty Diners went to the aid of the young man and his neighbors.

“The Social Plan sent him several raw rations for his family and his neighbors, and the Thrifty Diners made contact with the community pastor so that they will receive more than 300 rations daily for the Los Charamicos community,” they explained.

In addition, the Social Plan also made a commitment so that its units continue to visit the area and take rations, the communicator reported.

In the video, del Rosario explained that they had accepted the curfew, but that they were hungry and hence the challenge that he launched at President Danilo Medina, to send his people.

Del Rosario was given several food rations, both for him and for his family, as he requested in the audiovisual that he achieved greater dissemination after getting the popular YouTube channel, Cachicha, to upload it to his platform.

In the video, the young man also sent a message of appreciation to the National Police for the work they are doing in the curfew and claimed famous artists such as El Secreto and Don Míguelo. 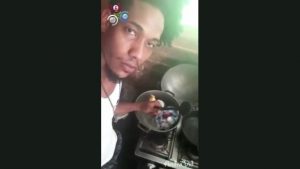