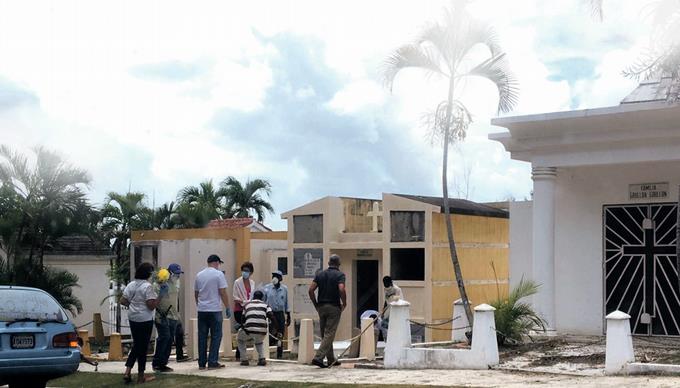 There is no supervision of regulations in the Máximo Gómez cemetery. 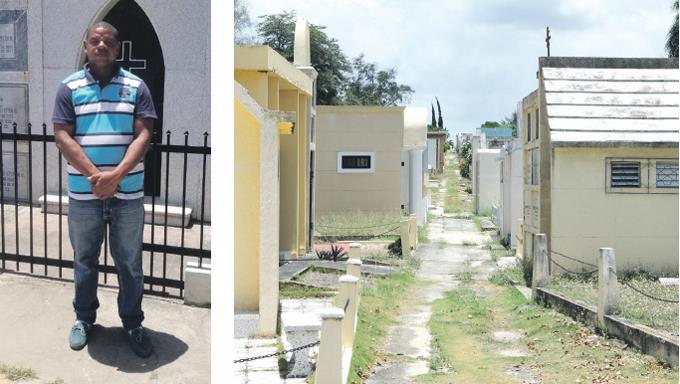 William Alcántara Montero works as a worker in the Máximo Gómez Avenue National Cemetery. Since the coronavirus began infecting people in the country, he imagined that his work would be in greater demand due to the number of deaths expected, but it has been the opposite, he has buried more deaths from the poisoning of the illegally-produced alcohol “clerén” or “the clergy” in English and other diseases, than for the Covid-19.

Burials continue for eight to 10 deaths a day, as usual. “Thank God that most of the deceased from the disease are being buried in other cemeteries,” he says because where he is, in the absence of supervision, the rules are being violated.

Alcántara Montero revealed that this week there was a burial with more than 100 people, most of them elderly.

In the Cristo Redentor Cemetery, one to four burials are being carried out daily by Covid-19, having a total of 73 to this day. It is the only cemetery in Santo Domingo that as of March 15 has recorded in a book the arrival of deaths by Covid-19.

Maribel Hernández, the administrator of the cemetery, said the burials are within normal ranges and they have buried more by death due to clergy poisoning than by coronavirus.

In the Cristo Salvador cemetery, located on the Mella Highway in the Santo Domingo Este municipality, the flow of burials ranges from 13 to 20 each day, and they do not have statistics, whether they are due to coronaviruses or other types of deaths.

Frida Altagracia Ureña said that they are not being classified, but that the majority have been due to clergy and normal deaths, mainly of the elderly. The work there is closed at 2:30 in the afternoon. At 2:00, they had 13 registered burials.

A very different story and landscape are experienced in private cemeteries, where burials have increased and their workers do so with all the security measures in place.

Michell Selman, director of Public Relations for the Puerta del Cielo Cemetery Park, reported that burials have increased from three to five daily–implementing actions for families to give their relatives dignified burial. The lack of foresight of the Dominican has prevented many from burying his relatives, as circumstances force them to leave them at the expense of the authorities to do so, therefore there is no balance between the deceased and the burials.

Claims of the masons

When arriving at this cemetery a different panorama was observed: masons at the entrance waiting, numerous people looking for information and a uniformed military man verifying the deaths and maintaining order. That is, it did not appear that there is a quarantine. The panorama is the same or similar in all cemeteries since they have the particularity that they are sources of income for many families in the informal sector.

Alcántara Montero, who is the secretary of the Organization of the United Union of Workers of the National Cemetery of Máximo Gómez Avenue, says that many deceased from Covid-19 are not arriving and it is the best measure because those who work as workers do not receive information or help from the State of how they should be handled in this type of situation. 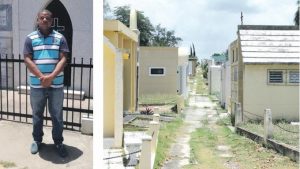 William Alcántara explained the way cemeteries operate in times of coronavirus. The masons work without any protection. IVELISSE VILLEGAS.

He assures that their work is done based on the rules established by the authorities and that burials are only attended by five to 15 people, but they have no protection to avoid being infected, although the State must value the importance of their work and offer them help to preserve their lives and the nutrition of their families since their livelihood depends on any income collected in the funeral service.

All the bricklayers suffer from the same, no representative of the municipalities has visited them to offer them a mask, other protection or any kind of financial aid, since they live on the services they offer: the exhumation of corpses, construction of niches, remodeling of graves, among others.

The privilege of private cemeteries

In these cemeteries, families can choose cremation for their loved one or burial service without vigil, and if they choose to bury their remains, they are protected in sealed security bags before being placed in the coffin, guaranteeing the highest prevention.

He informs that in any of the choices, family members and visitors have to accept that the funerals are held in strict family privacy with a maximum of 15 people, respecting the space that must be among those present, with a maximum duration of two hours.

Family members must remain two meters away from the property and the staff who are providing the service and the coffin is not opened in any case.

Religious celebrations were canceled and the last burial service is received no later than 2:30 in the afternoon, allowing family members as well as collaborators to reach their homes before the national curfew.

There are cemeteries where the rigor of only allowing a maximum of 15 people in the burial of a body is respected regardless of whether the deceased is a coronavirus victim or not, but in others, there is no supervision.

A bricklayer who works regularly at the Máximo Gómez Avenue National Cemetery said he observed a funeral where 100 people attended.

Self-employed workers in cemeteries consider themselves deserving of State support to continue doing their work.