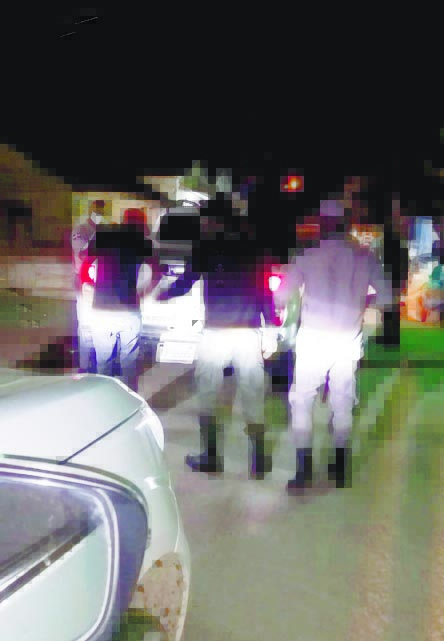 Mao, Valverde - One hundred and ninety-six people have been brought to justice in the last 72 hours for violating the curfew on the Northwest Line during the recently initiated administration of the regional director of the National Police, Brigadier General José Delio Mora Reynoso. The arrests were carried out by combined troops of the institution of order and members of the Army of the Republic, in towns and municipalities of the provinces of Valverde, Dajabon, Montecristi and Santiago Rodriguez. Today/External Source 06/10/20

The Minister of Public Health, Plutarco Arias, warned yesterday that commercial establishments that violate the curfew and do not comply with the protocols established to prevent the spread of covid-19 will be closed indefinitely.

“Personnel from the National Police, Interior and Police, the Ministry of Defense and Public Health inspectors will close businesses that do not have properly safe conditions at that time to be open,” he said.

Businesses that comply with the health regulations will be given certificates to provide service.

Arias acknowledged that in the places where alcoholic beverages are sold, they sometimes break the established schedule, so he suggested the owners close half an hour before the curfew.

In another order, he denied that there is a resurgence of covid-19 in the city, although he pointed out that, due to the detection of several cases of that disease in the hospital of Tamboril, controls have been increased.

Breast cancer. Arias talked to the journalists before the unveiling of the sculpture “Lazo de Vida” (Life Bond), in homage to the women who, shielded in prevention, have been able to defeat breast cancer.

The activity is sponsored by the Santiago Free Zone Corporation and the Medical Clinic.
The president of the board of directors of the corporation, Miguel Lama, said that the campaign “Because I love you” has allowed creating more awareness about a disease that affects millions of women.