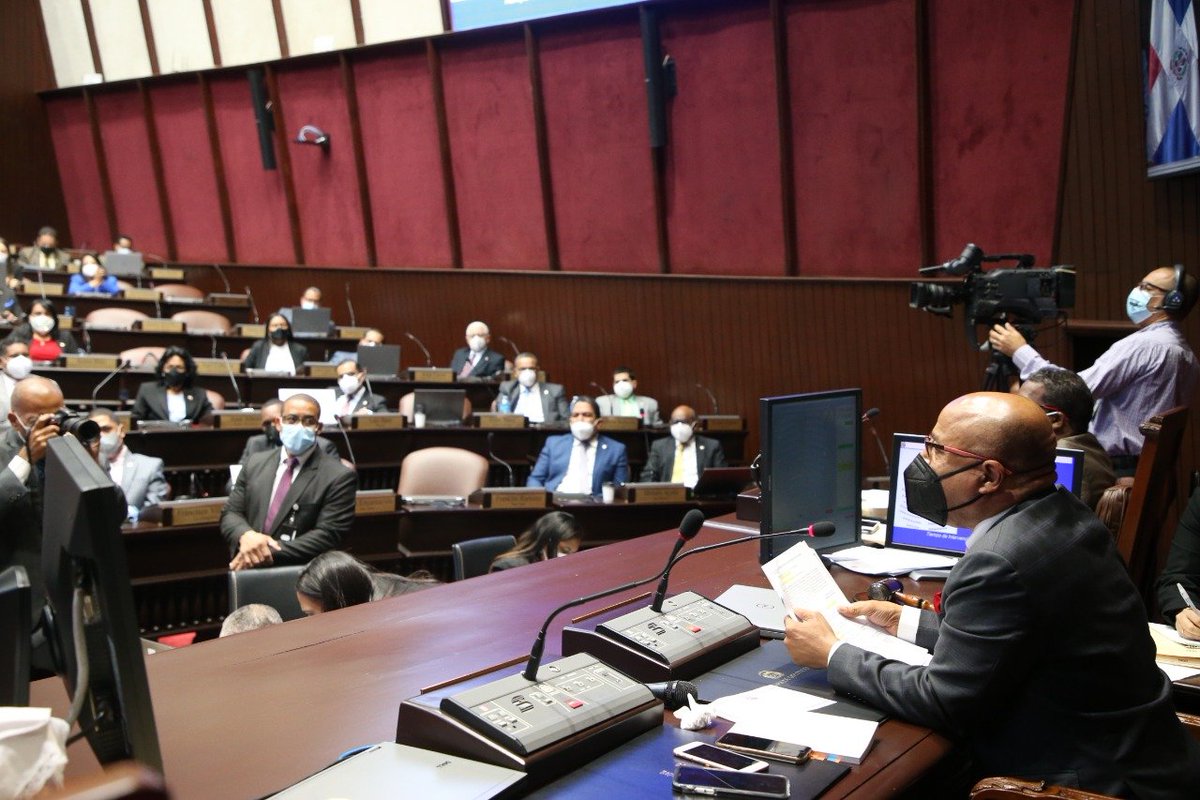 The Chamber of Deputies would hear the presidential request in its session tomorrow.

With the new extension, the government could continue to apply proportional and temporary restrictions to the freedoms of transit (curfew), association, and assembly.

After many rounds in which he delegated the decision to the Health Policy Cabinet’s technical team, President Luis Abinader yesterday asked the National Congress for the third extension of the state of emergency.

The request, deposited in the Chamber of Deputies, could be known tomorrow when this legislative body is in session. The ruling Modern Revolutionary Party (PRM) and its allies have a majority.

This new extension supports the bloc of deputies of the Dominican Liberation Party (PLD), which retains the second majority in that chamber.

This December 3, the current state of emergency expires, approved by the National Congress for 45 days, and President Abinader was due to present the request this week to extend it.

In case it is approved in the Chamber of Deputies and the Senate, the Dominicans would live under a state of emergency until 2021.

Spread of Covid
President Abinader has reiterated the need to continue with current measures that promote social distancing and curfew to control the spread of Covid-19.

Regarding this last measure, different sectors have weighed the possibility of making it more flexible during the December holidays.

Some legislators expressed the need to modify the current curfew to allow free movement, and what is limited is social gatherings.

The PLD supports it
The spokesman for the PLD in the Chamber of Deputies, Gustavo Sánchez, was yesterday to approve a new state of emergency.

“We are aware that we must approve requests for the extension of states of emergency. Unlike them, we have been understanding, and we must all face this health crisis,” he said.

During May and June, PRM legislators opposed the extension of the state of emergency for 45 days requested by then-president Danilo Medina, arguing that the measure would politically benefit the PLD candidate’s full swing election campaign.

The previous state of emergency expired on October 18. However, President Abinader requested a 45-day extension, explaining that it was necessary because “it is still necessary to maintain some of these measures to achieve a safe social and economic reopening.”

The president said that the viral disease had been contained, but that if the state of emergency continues,”‘it will avoid having to take more severe measures.”

The measure establishes that the Government will develop proportional and temporary restrictions on the freedoms of transit, association, and assembly, following Article 266 of the Constitution and Article 11 of Law 21-18 on the regulation of states of exception.

In the first weeks of this month, the disease has been resurgent.

The Ministry of Public Health reported 419 new coronavirus cases and one death yesterday, in its epidemiological bulletin number 249.

KNOW MORE
Deaths and those infected
Contagions.
Yesterday’s report states that of 4,866 samples processed in the last 24 hours, they yielded 419 infections, an accumulated number of cases in the country of 138,829. The positivity rate stands at 11.92%.

Deaths.
While with the new death, there are already 2,311 deaths in the country as a result of the pandemic. There are 711 patients admitted for Covid-19 for 25% of the bed occupancy. In Intensive Care Units, there are 173, for 35% and 92 patients with ventilators.