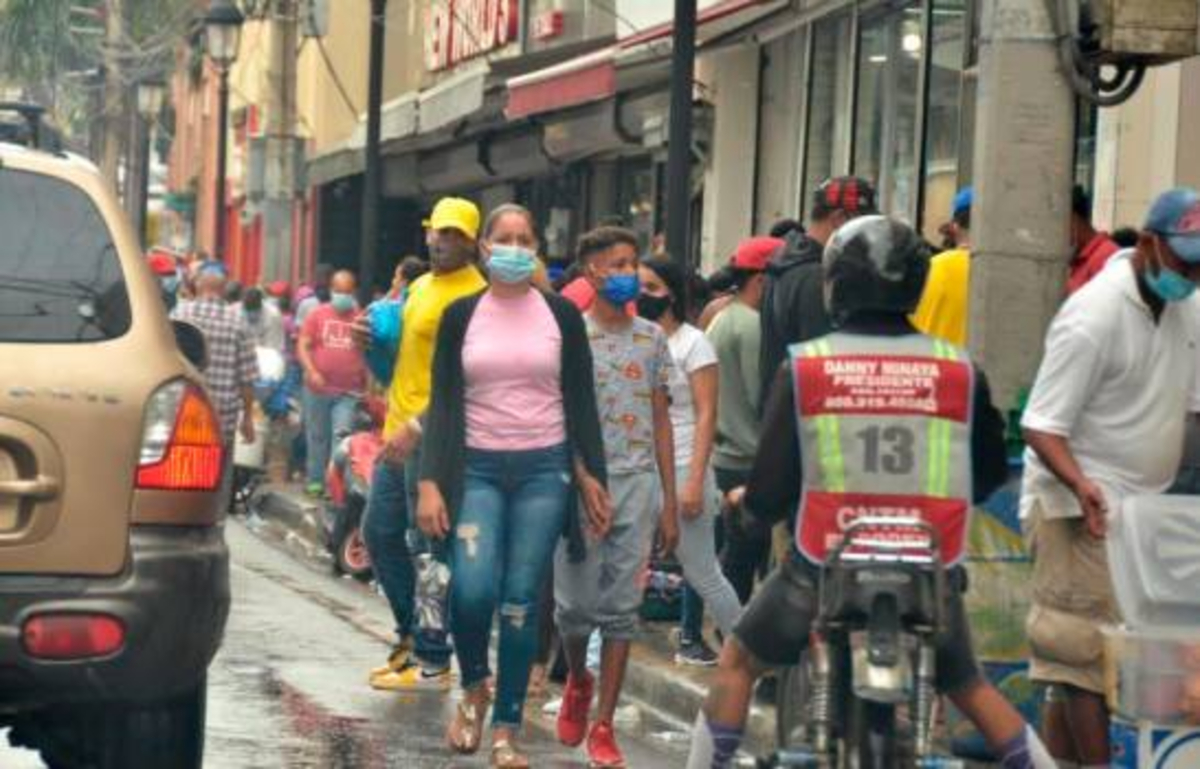 People took the shops and streets without any kind of distancing. (DIARIO LIBRE / ANEUDY TAVÁREZ)

Despite warnings about the increase in coronavirus cases that keep the leading local hospitals saturated, thousands of people, without maintaining physical distance, went this Thursday to this city’s main shopping centers to do their Christmas shopping.

During a tour carried out by Diario Libre reporters, they observed the people crowded together as they moved through Del Sol, 30 de Marzo, España, Duarte, San Luis, and other streets in the Historic Center of Santiago.

Also, the citizens crowded inside the stores and supermarkets.

Jose Octavio Reinoso, president of the Association of Companies of the Center of Santiago (ASECENSA), attributed these agglomerations to closing the flea market that operated in this city.

He indicated that these informal merchants took to the streets to sell their merchandise.

However, the business leader said that although the commercial establishments are receiving many clients, each business complies with the authorities’ protocols to avoid the spread of COVID-19.

About the large number of customers that are crowding the stores, Jose Octavio understands that this is thanks to the Christmas Bonus that the Government gave.

According to vendors, since last week, the trade was activated.
“Since last Friday, when they started giving the aid, we have been seeing a great flow of people in the businesses,” Reinoso said.

He added that the double salary or 13th wage delivery to the employees has contributed to stimulating the local economy.

The business leader sees the authorities’ opportunity to maintain the social aid programs until the first months of 2021.