Police remove colonel who said he would apprehend journalists during curfew 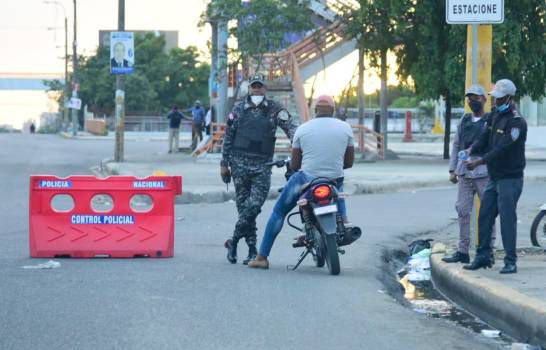 According to the information, the superior officer is being investigated by the General Inspectorate, after expressing incorrect information to a journalist through an audio recording about the journalists working during restricted hours.

Journalists denounce police Colonel Neris Aguiar for the threat to arrest journalists during the curfew.

The complaint that the commander of the Boca Chica Detachment ordered the arrest of a journalist who does not have permission to transit was made by Logan Jiménez, from “La Voz Sin Censura.”

Audio attributed to the colonel circulates on social networks that says: “Listen well what I am going to tell you, my brother, this is not a question of a license; it is a transit permit for the Presidency.”

“If you are from the press, you have to have the mission that you are going to fulfill, in writing and the press of the television or radio medium that is sending you to cover that activity. If not, even the press is arrested with this curfew.”

“They are the orders of the President of the Republic, the Chief of Police, and the Minister of the Armed Forces. They have to have your permission. If they don’t have their permission, they are imprisoned.”

The statement attributed to Colonel Aguiar shows a lack of knowledge of decree 740-20, article 7 literal d. which establishes that members of the press and other duly accredited media can circulate during the curfew.