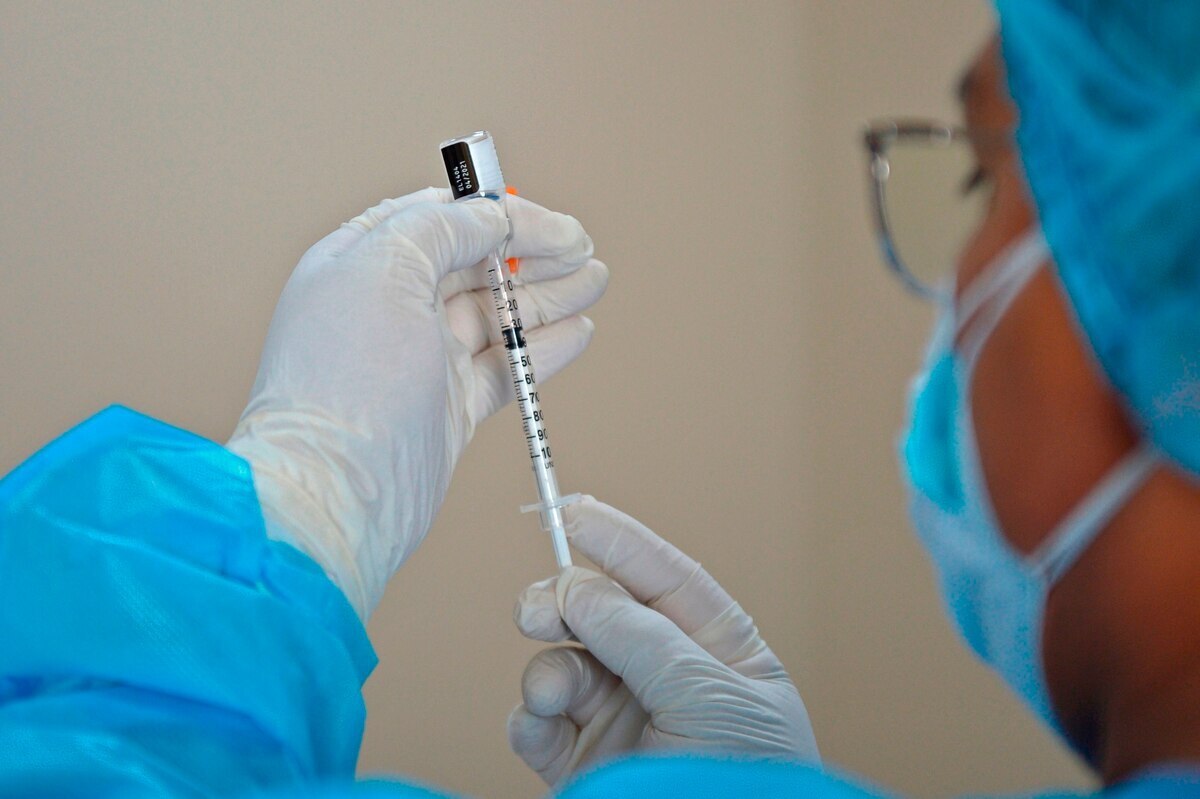 Dr. Erasmo Vásquez, former Minister of Public Health and former president of the Dominican Medical College (CMD), believes that the country should not put all its hopes on vaccines to combat Covid-19, because it is unknown if they will work against such a mutant virus.

Interviewed by the journalist Federico Méndez, in the Spheres of Power program, which airs on Sundays from 8:00 a.m. to 9:00 a.m., on RNN Channel 27, he asked if vaccines have value for the mutations that the Covid-19 could present from now on.

“I do not think it is easy to answer that question, and there is a lot of uncertainty about that. What we have left is to continue insisting that the country needs a national plan to combat Covid, which comes with combined, varying, and permanent strategies,” he argued.

He comments that it has been because there is hand washing, masks, social distancing, confinement, and prophylaxis with ivermectin combined, that the morbidity rate lowered.

Vásquez assured that the generality of doctors, health workers, and related professionals are doing prophylaxis with the drug.

“What happens is that this clashes with great interests of the world pharmacological empires, if ivermectin takes the boom and positions itself as the combat drug at this time, against Covid-19, remdesivir, which is very expensive, falls, lopinavir falls, ritonavir falls and tocilizumab and all the immune drugs used in this case and which are very expensive fall, ” he said.

The doctor also said that vaccine producers who have invested multimillion-dollar sums in production would lose.

However, the expert indicated that he would like a safe vaccine to be produced that has immunoprevalence over time, in the sense that whoever gets immunized would not have fears of suffering from the disease.

He cited that those who are vaccinated against mumps, tuberculosis, measles are not afraid of suffering from these diseases.

“But that is not the same for Covid, there is uncertainty, skepticism, and there is no scientific substrate that can dispel those feelings in the scientific community or the rest of the world community,” he said.

He observed that the Pfizer and Moderna vaccines are being injected into humans globally, and the rate of side effects is between 17 and 20%. The immunoprevalence that it would generate does not pass beyond 90 to 120 days.

“That is, you get vaccinated, you may not contract Covid in 90 or 120 days, but they do not guarantee that you do not have Covid after that date. Then, it is ‘more salt than goat,'” he said.

He indicated that he has suspicions regarding these vaccines because it is a capsule made with nanomedicine, and inside it will be the genetic material to produce the immune response when the vaccine is inoculated.

Vásquez cited that many people are taking ivermectin, including the Minister of Public Health himself, Dr. Plutarco Arias, who also prescribed it, suggesting that doctors be given the option of handling the drug.

“A drug that has this impact, it is a drug that we cannot give more lapses, it is necessary to legalize it, spread it, popularize it, nationalize it, I speak without fear, of course, managed by us, the doctors,” he said.

“The virus is linked to the interests of the powers.”

The former president of the Pan American Health Organization (PAHO) warned that Covid-19 has all the characteristics that it was engineered to produce the pandemic that currently affects the world.

Dr. Erasmo Vásquez observed that so far, it has not been possible to present a twin image of the virus in photography or other studies.

“I am one of those who believe that the origin of the virus is linked to the interests of the powers and, from that point of view, I do not rule out the possibility that this was a virus manipulated in a laboratory at the Wuhan Experimental University,” argued.

He indicated that the geo-powers there, such as Japan, China, Russia, Israel, the United Kingdom, and the United States, “one of them created that virus, I believe in that, that is my hypothesis,” said.

He argued that the World Health Organization had ordered the origin of the virus to be investigated three times, one of those with the most mutations.

Vásquez explained that there had been different versions about the origin of Covid-19, how it was a zoonosis, that it was a coronavirus that had passed from a bat or a pangolin to a human being.

He observed that the French biologist Luc Montagnier, who won the Nobel Prize in Medicine in 2008 for participating in the discovery of the AIDS virus HIV, diagnosed that he has every suspicion of being heterogeneous, engineered, non-ordinary and irregular virus.

He also specified that the Chinese scientist Li-Meng Yan, who fled that Asian nation, published a synthesis that establishes how the virus functioned ideally to produce the pandemic. “There are other facts that make this situation suspicious,” he emphasized.

The former president of the Pan American Health Organization (PAHO) said that 3 billion 700 thousand doses of ivermectin had been administered to the world, and the first death from its use has not been registered.

“On the contrary, every day more important benefits are discovered in ivermectin, as is the case of the positive impact that it has on the immunoregulation of patients for retroviral, that is, not only for Covid but for dengue, Zika, Chikungunya, Ebola and influenza,” he said.

He stated that the drug’s safety and effectiveness would allow the country to register a low number of dengue cases never seen before due to the vital immunoregulation it produces not to contract these viruses.

“It prepares the body also to counteract the extrapulmonary episodes that occur in Covid-19,” he said.

Regarding the positivity of Covid-19, the doctor said that it must be taken into account that now the country is reaching the figure of 200,000 cases and more than 2,500 deaths, with a recovery rate above 80, which contrasts with the world, which is between 50 and 55%.

He attributes the situation that the national medical population, both specialized and general practitioners, has included ivermectin in their therapeutic platform, a broad-spectrum antiparasitic, and antiviral drug.

“In the case of Covid-19, studies are conclusively showing that ivermectin positively impacts the management of the Covid-19 pandemic, and I think that is giving us a protective coverage us as a nation, which is not happening in the United States and Europe, but they have already realized it and are going to start doing what we are doing,” he argued.

“If we think based on the projections made by the World Health Organization, precisely in March, when it declared the pandemic on the 11th of that month, we see that the pandemic has not impacted the world and the Dominican Republic with the same intensity and virulence. Covid-19,” he added.