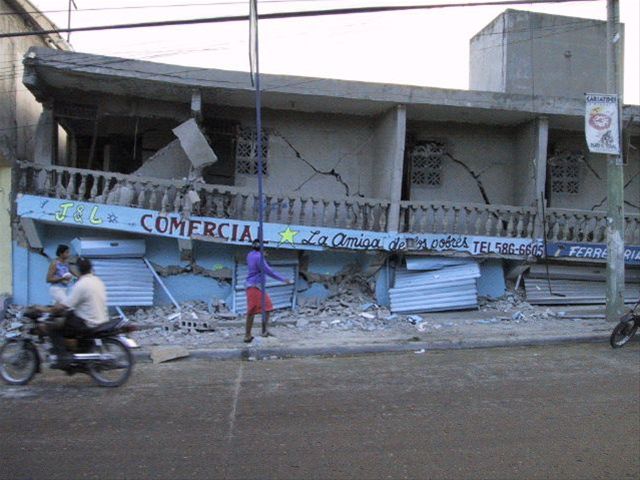 Santo Domingo.- The Government evaluates thousands of public schools that were affected by the spate of quakes in the last few days, to determine if their structures need reinforcing, affirmed the technical director of the Seismic Evaluation and Infrastructure and Buildings Vulnerability Office (ONESVIE).

Andres de la Cruz called the construction of the country’s public schools a “deficient model” copied from other countries where those structures have collapsed. “One of the problems which most of the models of schools we’re speaking of have, is that they were copied from Latino countries, but experience has already shown that where they have earthquakes, have collapsed, they’ve failed.”

He noted that several school buildings in Puerto Plata collapsed a few years ago.

Interviewed in the Telesistema program El Dia, De la Cruz revealed that the State-owned Power Companies (CDEEE) asked to evaluate its main building, and it was determined that it’s vulnerable and needs a complete reinforcement. “It has vulnerabilities and has two options to reinforce it: reinforced concrete, and the other a metallic structure. If reinforced it’s with reinforced concrete, we would have to build 40cm thick, L shape walls in each corner of the building, to assure it doesn’t have problems with a considerable earthquake.”