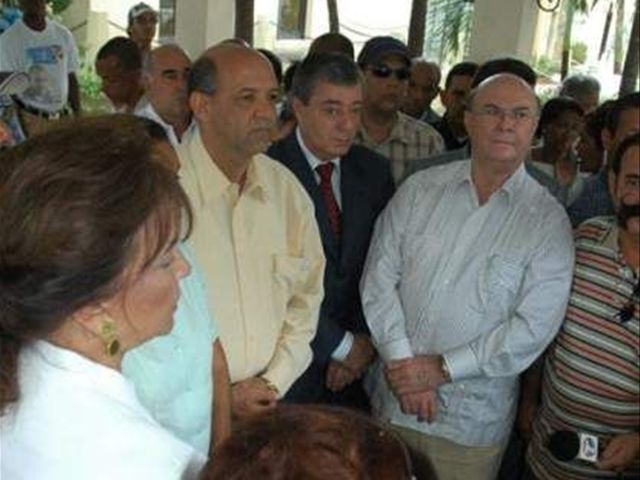 Santo Domingo.- Opposition PRD party presidential candidate Hipólito Mejía on Tuesday said he wasn’t surprised by statements by the organization’s president, Miguel Vargas, who earlier had stated that he’ll “maintain an institutional attitude in the current electoral campaign," but was "neither a messenger nor street sweeper of campaign headquarters.”

Mejía said it’s been Vargas’ norm to remain at an institutional side, and hasn’t counted with his support for the campaign.

He said Vargas’ “messenger street sweeper” statement was in response to former PRD leader Hatuey de Camps, when he said in a speech that the PRD’s rank and file would use brooms to symbolize the defeat over the ruling PLD party in the next elections.

“I’ll not only extend an olive branch to him, in fact a trunk” to Vargas, Mejía added, to note he’s interest in obtaining the PRD president’s support.