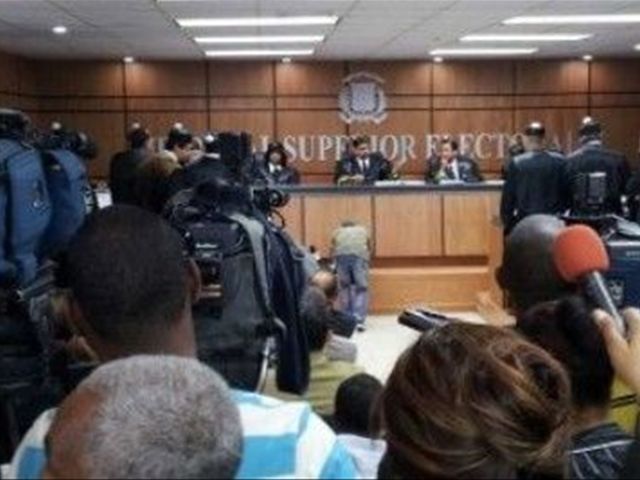 Santo Domingo.- The faction of ex president Hipolito Mejia Friday afternoon asked the Superior Electoral Tribunal’s (TSE) judges to recuse themselves from ruling on the decision by the opposition PRD party’s Political Committee to suspend Miguel Vargas as that organization’s president, along with the expulsion of other senior leaders.

The lawyers headed by Eric Raful claimed that this court has no jurisdiction to hear the case because the Commission’s decision is the PRD’s internal matter.

The lawyer read the Central Electoral Board (JCE) Administrative Chamber decision in court which at that time included current TSE judge John Guiliani, where that agency ruled it didn’t have jurisdiction to deal with a claim as invalidity by a political organization, following the expulsion of a member.

It’s now the turn for Vargas’ faction to respond to the motion, prior to the court ruling.