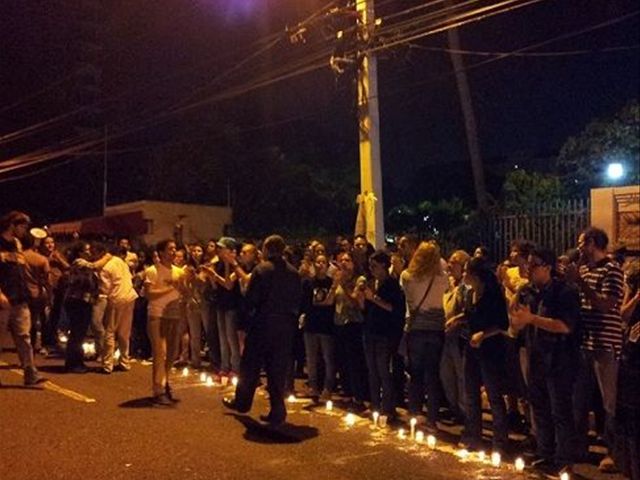 Santo Domingo. – Hundreds of young adults staged a peaceful protest outside the building which houses the Global Foundation for Democracy and Development (Funglode), headed by ex president Leonel Fernandez, whom they blame for the fiscal deficit of around RD$187.0 billion in the 2012 budget.

The protesters began gathering around 5pm and stayed until 11:30 at night, when, after singing the national anthem, decided to withdraw in an orderly manner.

The protesters lit hundreds of candles and kept chanting slogans against the former President, while dozens of police watched the activity closely by.

"That hole made by Leonel, only he should have to pay …" chanted the mostly middle class protesters, which also repeated: "thief, thief, thief."

Once information about the protest spread to the social networks, Radio and TV programs latched on, drawing hundreds of motorists to Eugenio Marchena St., near the National Theatre, site of the Foundation, considered on of the country’s only two think tanks.