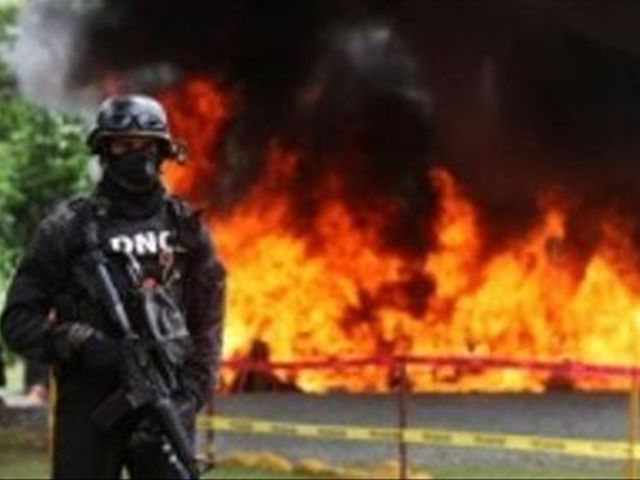 Santo Domingo. – Authorities incinerated 3.2 tons of various drugs, mostly cocaine, heroin and marijuana Thursday morning, part of the 10 tons seized in the country’s airports and at sea this year.

Prior to the torching conducted in the First Army Brigade, 25 kilometers north of the capital Justice minister Francisco Dominguez said from now on all drugs seized will be incinerated once a week to avoid prolonged storage.

The incineration included 3,240 kilos of pure cocaine, 15 kilos of heroin and four kilos of crack.