Beleaguered lawmaker again at center of scandal, this time in Peru 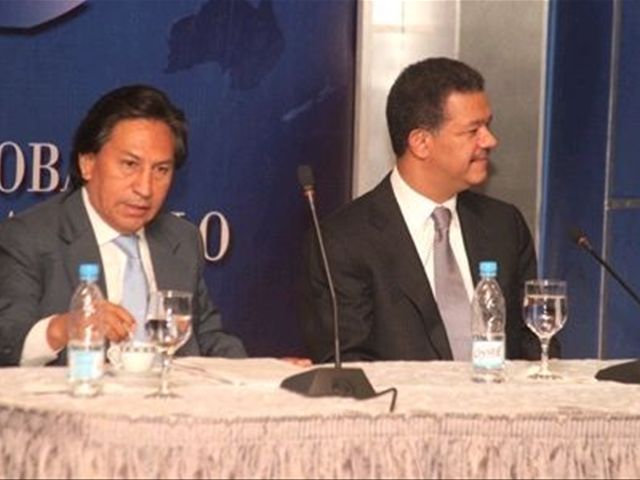 Santo Domingo.- Beleaguered senator Felix Bautista is again the center of a scandal, this time in Peru, where he allegedly ??contributed millions of pesos to Alejandro Toledo’s presidential campaign.

Both the website and the TV program "Panorama" affirms that the lawmaker wrote at least three checks from his companies to Toledo at the height of the party’s presidential campaign in Peru.

"Bautista is Dominican government senator who has been accused of money laundering and committing alleged corruption during his tenure as head of a government agency. “This politico is known as ‘Leonel’s Montesinos,” says the publication referring to former Dominican president Leonel Fernandez, and Vladimiro Montesinos, a close collaborator of former Peruvian president Alberto Fujimori, convicted on corruption charges.

It said Peru Posible leader Javier Reátegui admitted that the organization " received from 10 to 12 checks through efforts with foreign businessmen in the election campaign, some of them rejected by the bank of source."

Meanwhile the television program Panorama showed three checks it affirms are from companies linked to Bautista who came to the "chakana party" (Peru Posible) for the presidential campaign. The first check is for US$55,000, from the Constructora Infepre, headed by the Dominican Senator, whereas the second was for US$53,000 was from Melvin Solier, an employee of the lawmaker, and the third, which were not declared to the National Electoral Processes Office (ONPE) for US$60,000.

Bautista has also been accused of partially funding the presidential bid of now Haiti leader Michel Martelly, and was at the center of the US$150 million Sunland scandal.