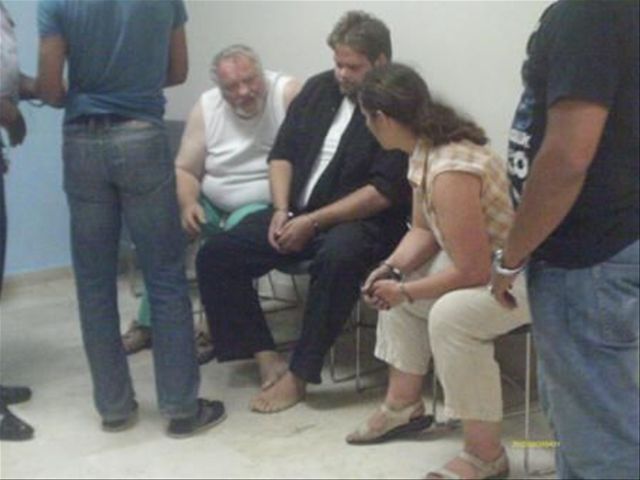 Puerto Plata. – After spending their entire life working in their native Germany, they came to Sosúa to fulfill a dream of living under palms, surrounded by the sea and in total tranquility, but instead, the owners and shareholders of a school and the gated community La Mulata 3 are living a nightmare since October 17 last year.

They’ve been accused of organ and weapons trafficking, in addition to the insults and charges they say are full of falsehoods and lies.

Quoted by hoy.com.do, the German nationals affirm being very honorable people, whom an "act" staged by National Police members was a "diabolic comedy" which has left them without money to survive, and one of their compatriots shot dead during the raid.

They asked president Danilo Medina, Police chief Manuel Castro Justice minister Francisco Dominguez for a full investigation into the alleged theft of their belongings, including a reported US$1.5 million, money set aside for their day-to-day expenses and to conclude the German school, Academy For Future Health (AFFH).

Michael Salb, Heike Salb, Lilnich Muhl, Esther Battaiwi, Ellen Platen, Nils Nepper, Sandra Pptrgen, Maria Magdalena Lauer and Ute Moch Hullen said they’re not part of any religious sect, never trafficked with children because they are parents themselves and never possessed an arsenal of weapons, as the National Police and the Puerto Plata Office of the Prosecutor affirm.

Their lawyer José Carlos Balbuena said since the case has drawn attention abroad, he’s convinced that justice will be served.

The October 17, 2012, raid on their compound, the group says, was rooted in the ambition of Klaus Dieter Müller, who allegedly wanted to head the project, knowing full well he cannot, because its current president, Peter Brunck, is still living.

They say since he couldn’t take over the land, Müller spread lies and misinformation abroad against Peter Brunck, describing the latter as a serious scientist and prolific author and not an organ or weapons trafficker. “Klaus Müller has issued all this negative information to the press and has paid a lot of money for this. But we want this case cleared up."