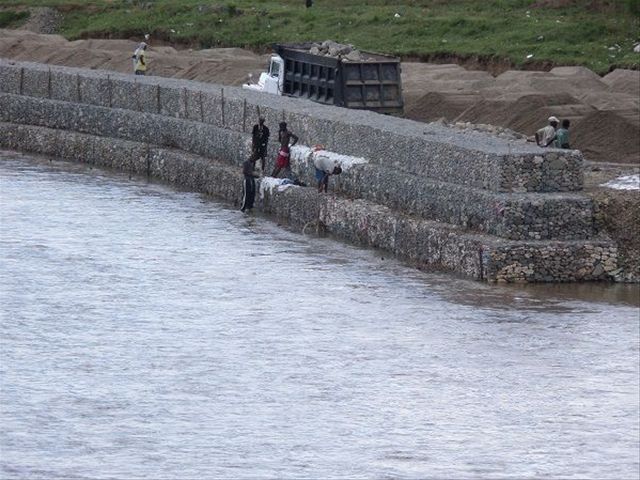 Santo Domingo.- Haiti’s Government builds two walls at the border with Dominican Republic, one at near Parc Dubois at the southern part of the dividing line near the town of Elias Piña, the other next to Ouanaminthe, next to the bridge at Dajabón, to "force people to go through (Haiti) customs control."

Local media report that Haitian authorities erect the wall in their territory to force people who cross the border to do so through the established Customs checkpoint.

Outlet dajabonnoticias.com reports that measure seeks to secure the collection of Customs taxes by the authorities, especially for Haitians, which cross into the Dominican side, where markets are held Mondays and Fridays in Pedernales and Jimani, in addition to Elias Piña and Dajabon.

The walls are being built as the row continues over the Dominican Constitutional Court ruling on nationality.