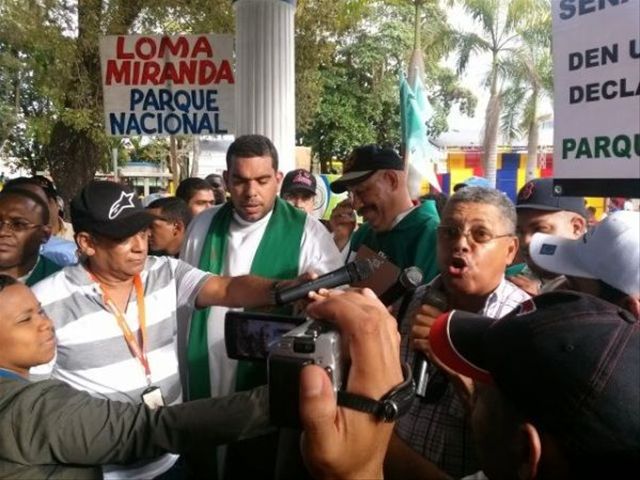 He said FALPO coordinates the activity with the San Francisco Diocese Environmental Pastoral, the Dominican Journalists Association (CDP), sports groups and environmentalists, “all organizations united in the fight to preserve Loma Miranda.”

It said thousands of people are expected at the protest, to the beat of religious chants. “In each of the stops each parish priest and a community leader will say a prayer and will conclude with a fast at Santa Ana Cathedral, headed by San Francisco Diocese bishop Fausto Mejia.