Medina urgent: Dominicans need an income to live with dignity 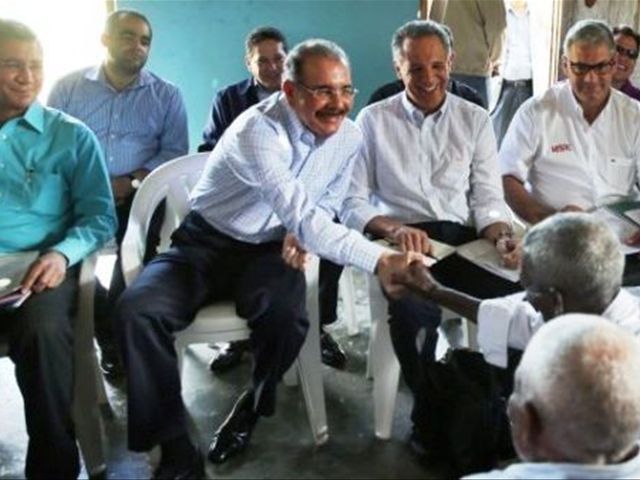 Santo Domingo.- President Danilo Medina said Sunday that all of the country’s problems cannot be solved at once and called urgent the need for Dominicans to have an income to live with dignity.

"Almost every place I go I’m told of all the problems people have had their entire life. We cannot solve them all. It’s no good having a gilded cage and an empty stomach. I am working first so the stomach isn’t empty. To have income so they can take their families forward," Medina said.

The chief executive spoke in the village Higua, El Seibo (east), where he announced funding to build a small garments factory and to spur beef and dairy and citrus production. While in nearby Hato Mayor, Medina announced a change from oranges crops for passion fruit, resistant to the HLB virus which damages plantations.

Medina pledged funding to buy cattle for beef and milk for breeding. The government is currently building construction of a refrigeration facility for the Higua farmers association, which has 96 small agro producers.