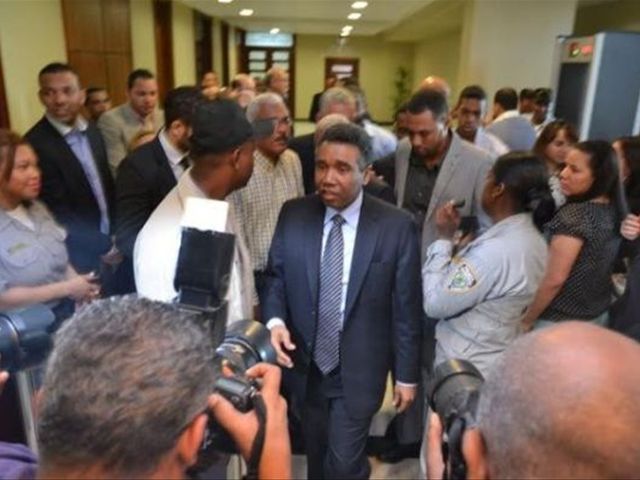 Santo Domingo.- The prosecution on Tuesday began presenting documentary evidence against senator Felix Bautista, charged with embezzling and laundering more than US$100.0 million.

"In a typical laundering action," said the prosecution, citing 46 companies inside and outside Dominican Republic, through which Bautista allegedly stole billions of pesos and dollars of taxpayers money.

At the hearing headed by judge Alejandro Moscoso the prosecution said the money was laundered by "smurfing" word used in banking meaning the practice of trying to hide large sums of money dividing it into small amounts and placed in numerous accounts under the name one or more people as a front.

The prosecution cited Grisel Aracelis Soler Pimentel, who figures as one of Bautista’s partners, and responsible for depositing millions of pesos and dollars in numerous bank accounts and CDs on the same date.

The movements of the sums in the millions took place when Bautista headed the powerful State Works Supervisory Engineers Office (OISOE) from 2004 to 2010, when his monthly salary was just RD$57,000.