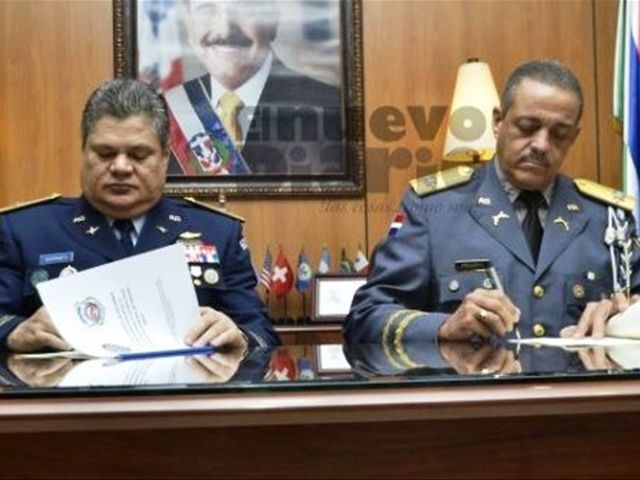 Santo Domingo.- Theheads of the National Police and of the Antinarcotics (DNCD) today on Thursday announcedan agreement to share intelligence as part of a communication strategy withother law enforcement agencies to "achieve the peace and tranquility thatthe people require."

The announcement issurprising given that both agencies are required to share information as lawenforcement, and shows how officials find ways to get in the spotlight.

Police chief Nelson Peguerosaid the new protocol aims to bolster cooperation between the two agencies tocope with the violence resulting from micro-trafficking, while for DNCD presidentJulio C. Souffront the exchange “formalizes the good relations between the twoinstitutions to fight organized crime.”

"We´re committedto society so that, by joining forces between the two institutions, the attackon organized crime is most effective when it has to do with the variousfactors, both as it pertains to the appropriate roles to the National Policeand the National Drugs Control Agency, in the specific case of internationaldrug trafficking and drug distribution in national territory, " Souffrontsaid.

He noted that theincrease in overall violence and drug trafficking requires greater cooperationbetween the two institutions to strike micro-trafficking directly.