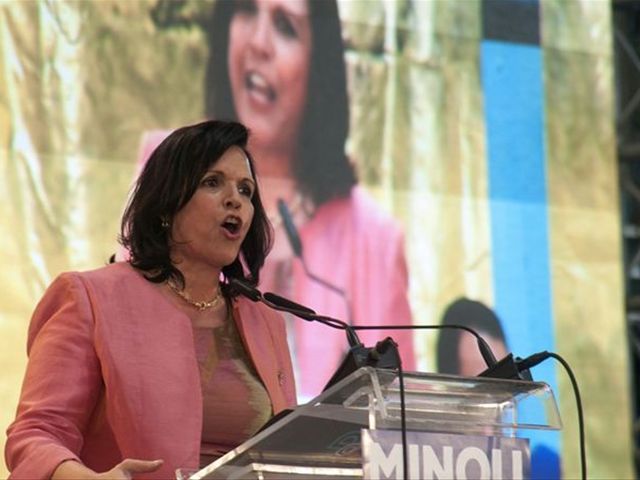 Tavarez, the first woman in Dominicanhistory to make a bid for the presidency, headed a rally at club Mauricio Báezwhere in an emotional speech said she loves the country and is angered by the Dominicanpeople’s calamities.

"Enough, there’s a need fora profound transformation of the state,” she said, and announced some of herplans on issues such as health, education, public safety and housing."When we talk about profound change, we talk about moving from a model ofeconomic growth with inequality to one of growth with social justice, where thosewho receive the most are those who most contribute," Tavarez said

The presidential candidatereiterated the need to redefine the educational model "because educationis much more than building schools. If it were only that, we would end upgiving away empty pots. We all know that what matters is what we put in.”