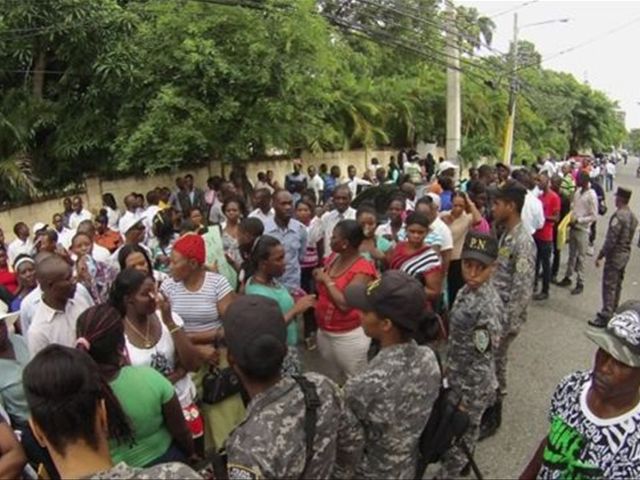 Santo Domingo.- Dozens of Haitians gathered peacefully infront of their country’s embassy to demand passports on Tuesday were forced to dispersedthe protest when police officers pepper sprayed them.

Several in the throng including women and children began tosneeze and some had swollen faces from the pepper spray, but remain outside theembassy.

"This is an abuse of the police, there are young childrenhere and we’re not throwing stones, or making disorders," said oneprotester at the Haitian embassy located on downtown Santo Domingo..

The immigrants say they had paid RD$1,000 for the passport arounda year ago but have yet to receive them from their government.

Some protesters said it’s urgent for them to have their passportto regularize their immigration status in this country and not riskdeportation.