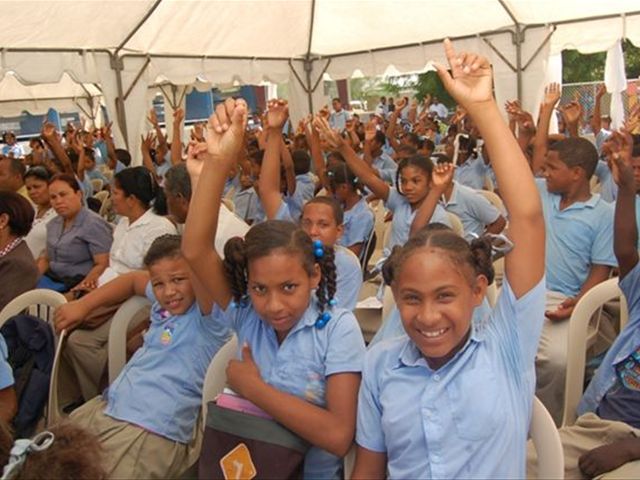 "However, it was the country with the largest advance withinitself, in relation to the previous tests," the report says.

Moreover, the report “Dominican Republic EducationalProgress 2015. Deciding to improve," says the country has made progress incoverage at all levels with a sustained improvement trend.

The report says the net coverage rate at the primary levelis 95%, "however, the initial level (3-5 years) and secondary remain belownational goals, with net coverage rates of 37% and 64%, respectively.’

“Higher education also maintains advances, passing thegross enrollment rate from 31% in 2001 to 45.5% in 2014, despite strong bias infavor of women and residents in urban areas," the report says.

It adds that more students opt to stay in school, which hasimproved at a faster rate in primary than in secondary, "from the seventhgrade the education system begins to lose its capacity to retain, for which factorssuch as repetition and overage must improve."