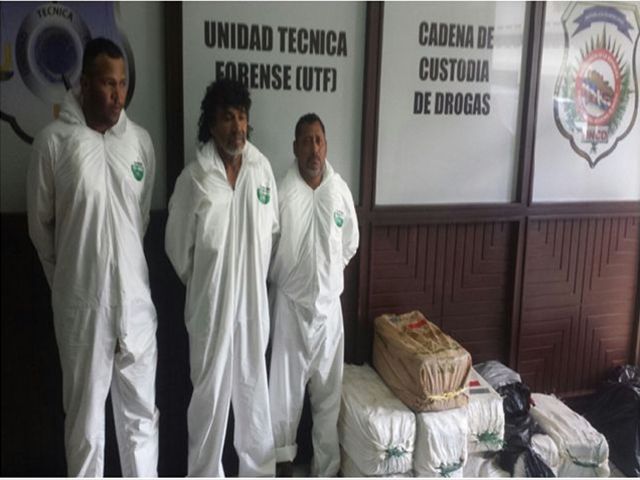 Santo Domingo.- The Coast Guard and the Dominican antinarcoticsagency (DNCD) seized 10 bales of drugs on a boat in international waters, and arrestedtwo Colombians and a Venezuelan, who were taken to DNCD headquarters.

“Noting the presence of the authorities the three SouthAmericans threw the bales with the drug overboard, which were later recovered,”the DNCD said on its website.

It said the drug came from Colombia with the United States asits final destination.

After booking at DNCD headquarters the foreigners weretransferred to San Isidro Airbase of the Dominican Air Force, where they werehanded over to DEA agents and escorted to the US.

“The collaboration of the DNCD formed part of the current cooperationagreements between the Dominican agency and the DEA,” the agency said, but didn’tspecify the drug’s weight.