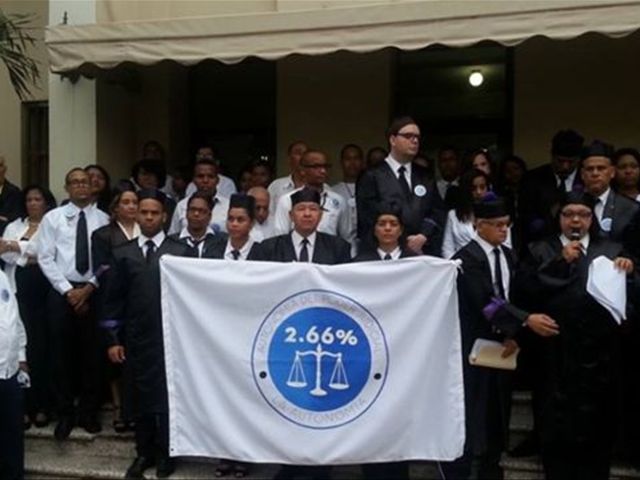 The "Fight for the autonomy of the judiciary"protest by judges from across the country demands compliance of Law 194-04, whichallocates at least 2.66% of the tax revenue to the judiciary.

"With this document we begin an awareness campaignaimed at the public authorities and the forces of the nation in particular andcitizens in general to carry out concrete actions, which may conclude, if necessary,in proceedings before competent judicial and constitutional authorities," saidthe judges Natividad Santos and Kenya Romero, spokespeople for NationalDistrict courts.

They read the document with their demands and hoisted a flagallusive to their grievances claim.

With the protest the judge’s thumb their noses at the ChiefJustice, who on Sunday warned that demonstrations to demand a higher budget forthe judiciary wouldn’t be tolerated.