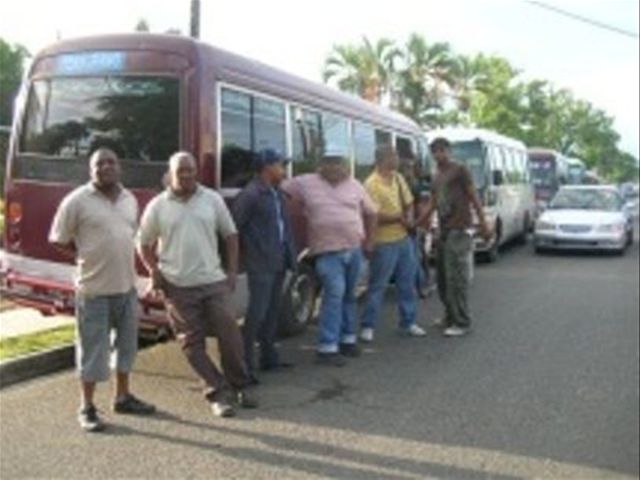 Santo Domingo.- National Business Council(Conep) president Rafael Blanco said Tuesday that the strikes and protestscarried out by truckers unions seek to intimidate the judges that must rule ontheir request for an injunction, to ensure the open competition in thecountry’s freight and passenger transport.

"It’s possibly being done as a way topressure justice, you have seen that every time the court convenes there is a mob,making noise and shouting… it’s a way to try to intimidate the judges, that’swhat it seems perceived," he said.

The business leader said he’s confident thatjudges will rule in their favor in the hearing Wednesday in the Superior ArbitrationCourt.

"We expect that when the basis of ourrequest is known we will gain from it; we are in the hands of justice and whatjustice decides we will abide by," said Blanco before participating in the"CITI 2016 Microenterprise Awards," where he was one of the jurors.

A "smear campaign" is what Blanco calledthe posters and ads placed on buses by the transport unions, which rail againstthe business community for "their ambitions to control transport and thelow wages that prevail in the country."

He said the Conep isn’t confronting the unionsbut instead the companies "that have disguised themselves as trade unionsand are operating under a scheme that does not correspond to them, in an openviolation of labor law."

The truckers union Fenatrado, togetherwith the bus owners associations Conatra and Fenatrano, are also known as thecountry’s "owners" for their often violent strikes with apparentimpunity and which strike fear among government officials, including presidentDanilo Medina, who has in the recent past cowered to their threats.