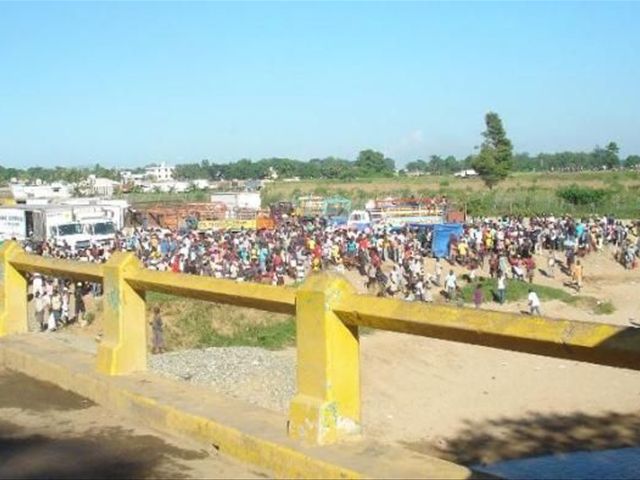 Fred Bosse, speaking for a group of merchantsand business leaders made the warning and asked Dominican Agriculture ministerÁngel Estévez, to adhere to his promise to release the containers.

Quoted by EFE, Bosse said on Wednesday Estevez and Dajabónprovince officials promised the merchants and truckers the release of thecontainers, which would be escorted to the border.

The Haitian merchants asked their Dominicancounterparts to refrain from going to the market until the authorities releasethe containers.

Dominican border guards in Dajabón closed themarket to prevent incidents on Friday, while Dominican merchants asked that Estevezdefuse the conflict, which has generated millions in losses.